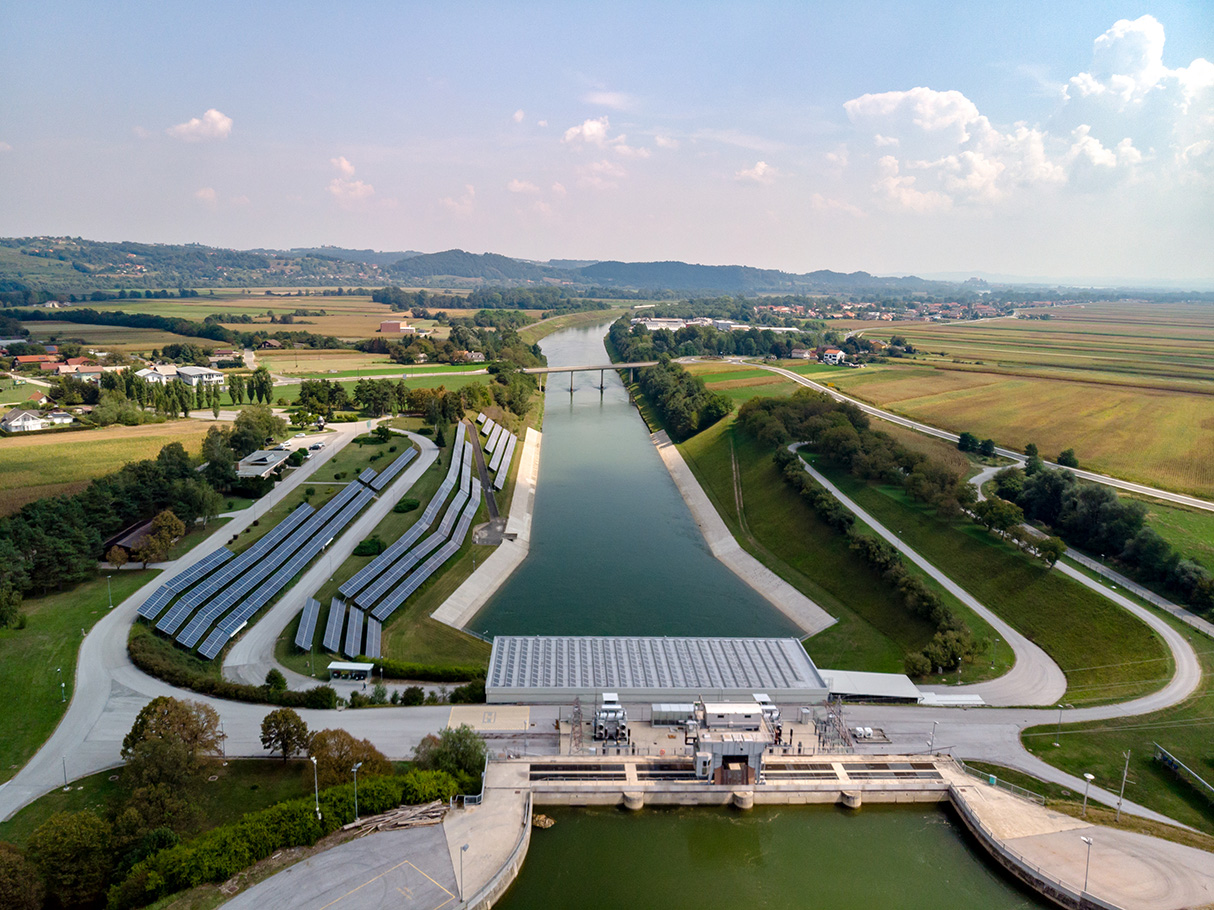 World Sun Day is celebrated today, on 28 May 2022. It is impossible to imagine life on Earth without the Sun: it supplies us with light and heat on a daily basis, there is no photosynthesis without it, and people have been producing electricity with its help for a long time. The HSE Group operates seven solar power plants, which under the auspices of the HSE Sonce project represent an important part of our guidelines, principles and projects in the field of the green transition.

The largest solar power plant of the HSE Group, Prapretno, is located on the brownfield site of the former electrostatic precipitator ash and slag dump of the defunct Trbovlje Thermal Power Plant and as such is a good example of fair transition. From the start of the launch and functional tests, which started on 4 April, to 25 May 2022, it produced 773 MWh of electricity, which suffices for the annual supply of approximately 180 average households. All solar power plants of the HSE Group supply more than 1,600 average households.

At 3 MW of installed power, Prapretno is currently the largest solar power plant in Slovenia. In the next phase, its installed power in this area will be increased to approximately 13 megawatts. The recently built, 2.5 megawatt Zlatoličje Solar Power Plant on the outflow canal of the hydro power plant of the same name is also in trial operation. The next step is the construction of the remaining segments of the Zlatoličje-Formin Solar Power Plant on the inflow and outflow canals of both hydro power plants with a total capacity of approximately 30 megawatts and average annual production of approximately 37,000 MWh of electricity. The upgrading of the energy facilities – hydro power plant canals – with the installation of solar power plants and the consequent increased production of electricity from renewable sources is an example of good practice in both the local and the wider environment.