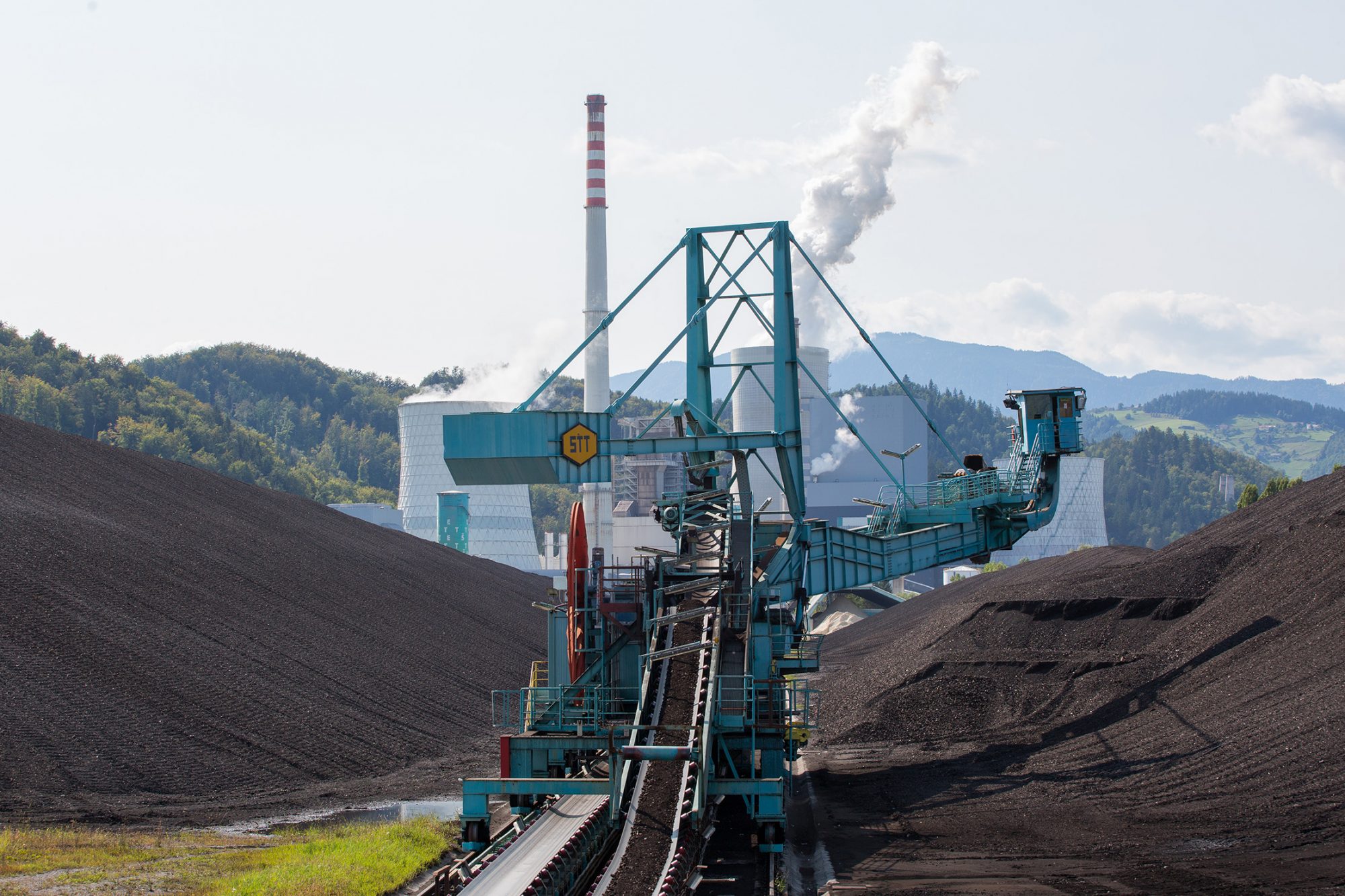 WE ARE LOOKING INTO ALL POSSIBILITIES FOR MITIGATING THE ENERGY EMERGENCY

The Government of the Republic of Slovenia has declared the first degree of risk in the field of electrical power production. The purpose of the measures and guidelines adopted pursuant to this is to prepare the power system, specifically the system power plants, to operate in a reliable manner during the crisis, whereby, in addition to technical availability, the policy of increasing the strategic reserves of fuels such as petroleum-based products, gas, and coal is also significant. The risks and insecurities affecting the operation of the European power system are currently heightened, thus requiring that the degree of readiness be raised, and appropriate measures be taken by all stakeholders. For these reasons, the possibilities of increasing strategic coal reserves are being considered. As the year continues, additional workdays will be added, which should, if the geomechanical conditions remain the same and no major equipment malfunctions occur, result in higher production. Furthermore, the option of importing coal to be added to the primary energy source is being considered.

Due to the energy crisis, many countries, including Germany and neighbouring Austria, are returning to coal, which has caused an increase in coal imports from third countries. The Government of the Republic of Slovenia, through the Slovenian Sovereign Holding, has also called upon all energy generation facilities to ensure the sufficient and timely readiness of system resources and reserves for operating in a crisis.

According to the Expert Report on Coal Reserves at the Velenje Coal Mine, the geological reserves at the extraction site of the Velenje Coal Mine are at approximately 350 million tonnes and an additional 200 million tonnes at the coal deposits in Šalek Valley, while the current extraction reserves as of 31  December 2021 are 102,170,000 tonnes, thus sufficient for the normal operation of the Velenje Coal Mine for another 20–30 years at the current extraction rate. However, the annual coal production is a technical limitation, as it is estimated that, with the current number of employees working in production, the amount of 2.8 million tonnes of extracted lignite cannot be significantly exceeded in such a short period.  Additionally, a new coalfield for extraction cannot be opened in such a short time. At least three years are required to prepare a new coalfield for extraction by building an additional 6 km of facilities, for which approximately 200 additionally qualified employees would be required in addition to the existing plan, according to which 5 km per year are foreseen.

Significant damage was caused to the Velenje Coal Mine on 25 July by a rock burst – according to initial rough estimates, this damage amounts to EUR 15 million (depending on the design solutions for replacement facilities); from 60 to 70 people will be included in eliminating the results of the damage for at least a year. Upon inspecting the damage, we regret to find that approximately 500 metres of the mine facilities have been completely destroyed, while just over 500 metres of facilities have been destroyed to the point that renovation will be required, as the facilities are currently unusable or only usable to a limited extent. Approximately 350 metres of mine facilities and 10 intersections are damaged to the extent that they also require reconstruction. There are still approximately 50 km of operating mine tracks and about 5 km of new mine tracks are constructed annually, which means that the consequences of the burst account for 20 percent of annual mine track production.

This work will have to be carried out in addition to all of the other challenges necessary to achieve the desired production volume and the ambitions of the government to achieve greater coal extraction due to the energy crisis. We already know, according to initial estimates, that the said event will have a significant impact on the future production process.

For this reason, in order to safely and reliably provide Slovenian users with electrical power and thermal energy from the Šoštanj Thermal Power Plant (TEŠ), we joined forces with our owner, the company Holding Slovenske elektrarne, to also begin considering the possibility of importing coal for the purpose of its addition to the primary fuel at TEŠ (i.e. Velenje lignite). We would like to stress that this would not mean that Velenje coal is being replaced, but only that from 8 to 10 percent of the energy value is being added. In the current emergency, which is mainly the result of outside factors beyond our control, it is necessary to consider importing an energy source that would ensure the reliability of the power supply, and it is also in full compliance with the expectations of our owner and the resolutions of the Government of the Republic of Slovenia.

In response to the increasingly frequent questions as to whether the Velenje Coal Mine will be able to extract coal even after the closure year, which is scheduled to be in 2033 at the latest, we would like to say that, technically speaking, the Velenje Coal Mine is able to extract coal even after the said year, provided that there is sufficient investment in its equipment and employees, whereby the year must be defined many years in advance due to the production of mine infrastructure (the decision must be taken by 2025 at the latest). Due to the many changes that have already occurred and will continue to occur in the energy sector in the years to come and that indirectly and directly affect the operation of the Velenje Coal Mine, we are also drafting various scenarios for the operation of the Velenje Coal Mine. Considering all of the legislative and safety regulations and providing the highest possible degree of safety at work, we will do everything in our power to ensure a sufficient or maximum volume of coal to meet the needs for electrical power during the crisis ahead – particularly in the last quarter of 2022 and the first quarter of 2023, when we expect the largest energy crisis to reach a peak.

The public will be notified in a timely and comprehensive manner of the analysis results and solutions that will prove best for our key stakeholders – our employees, electrical power users, the local community, and the owner.