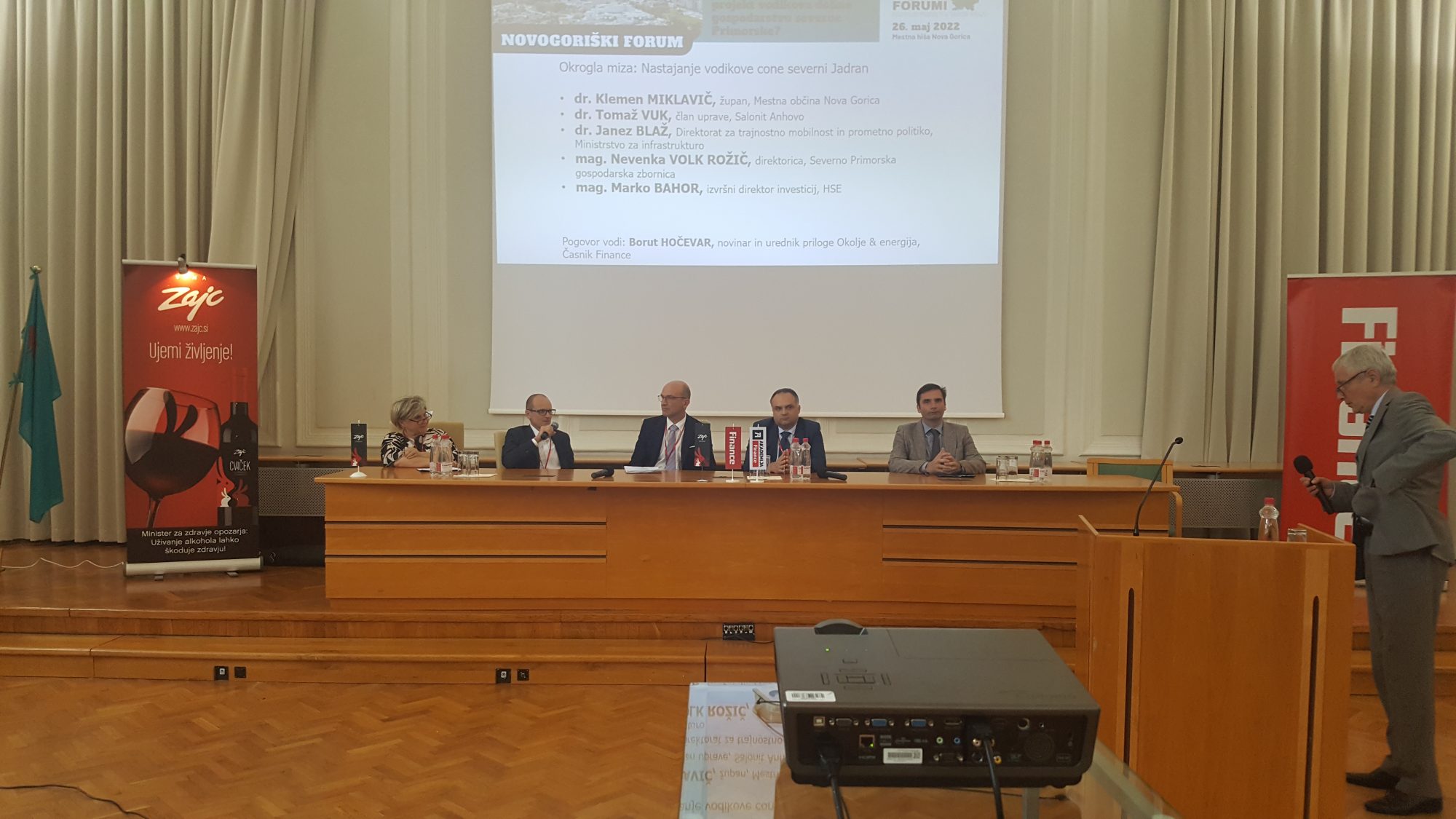 “WE ARE EXAMINING NUMEROUS OPPORTUNITIES TO EXPAND THIS PORTFOLIO”

The event organiser Akademija Finance yesterday hosted a conference on the opportunities that the Hydrogen Valley project brings to the economy of the northern Primorska region. A number of successful start-up companies from the northern Primorska were presented as part of the event, followed by a round table debate on hydrogen technology in light of the green transition.

The round table debate was joined by Executive Director for Development and Investments of Holding Slovenske Elektrarne (HSE) Marko Bahor, who noted that HSE was the largest producer of electricity from renewable sources in Slovenia and that it was researching and examining numerous opportunities for expanding the RES portfolio. Last year, the company Soške Eelektrarne Nova Gorica, a subsidiary of Holding Slovenske Elektrarne, signed a letter of intent with the company Salonit Anhovo to conclude an agreement to examine the possibility of cooperation in the field of renewable energy sources. As part of this project, it is planned to install a solar power plant and hydrogen production technology. The round table debate also featured the Mayor of the Urban Municipality of Nova Gorica Klemen Miklavič, member of the management board of Salonit Anhov Tomaž Vuk, Janez Blaž of the Sustainable Mobility and Transport Policy Directorate at the Ministry of Infrastructure and Nevenka Volk Rožič, the director of the Chamber of Commerce of Northern Primorska. All speakers at the round table debate agreed that hydrogen technology is one of the key steps towards the green transition.