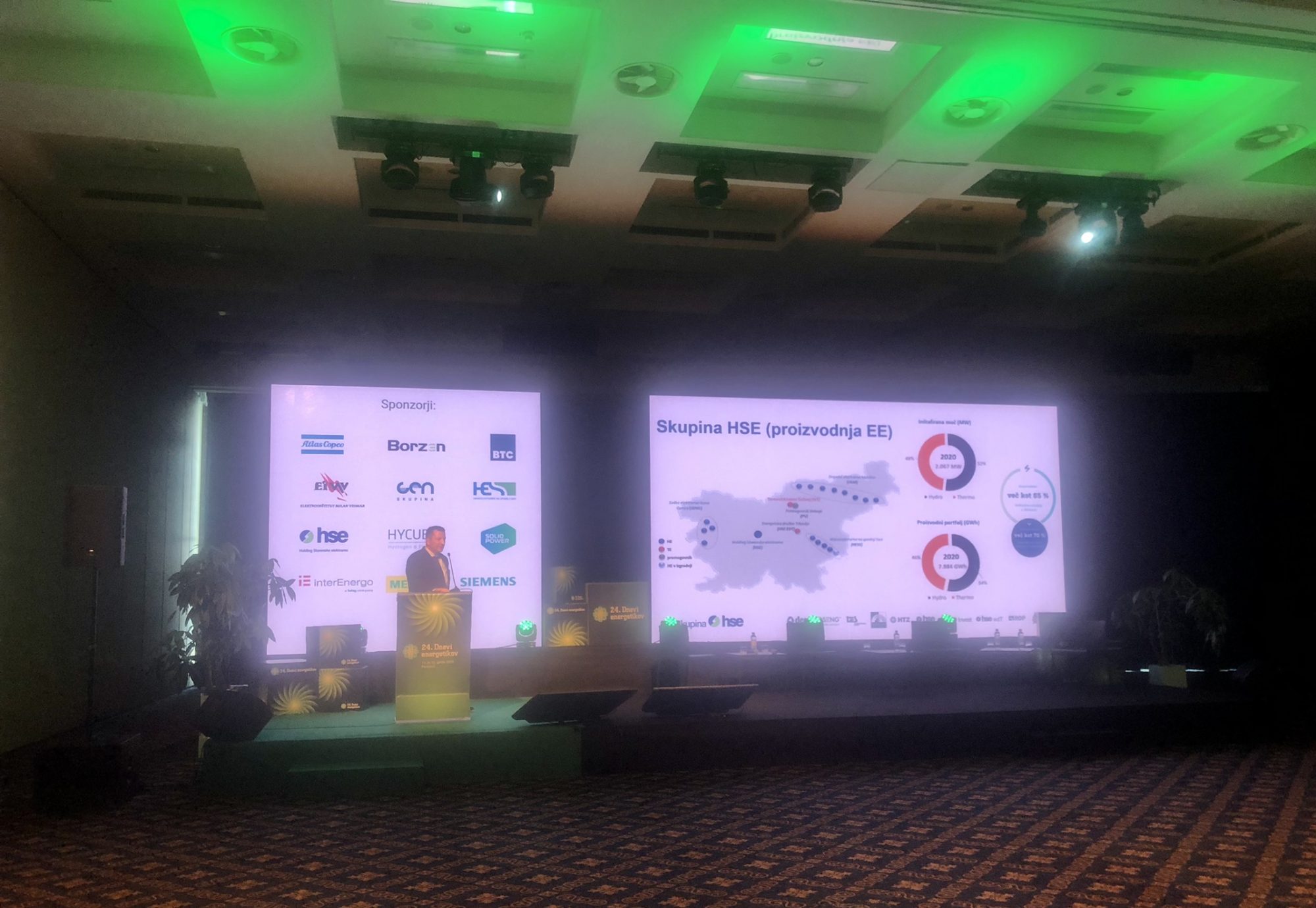 WE ARE ENTERING A NEW INVESTMENT CYCLE WITH INTENSITY

The 24th Energy Days (https://dnevi-energetikov.si/), an event that is attended every year by notable representatives of the Slovenian energy sector and related experts, took place in Portorož on Monday and Tuesday, 11 and 12 April 2022. The theme of this year’s event was “Green transition: there is no way back!”

On Monday, the Local Development Opportunities for New Energy Services panel featured Damijan Seme, the director of Dravske Elektrarne Maribor (DEM). He presented facts and his professional views on wind energy and wind potential in Slovenia. He said that almost 640 MW of wind potential projects with a possible production of more than 1 TWh per year, which had already obtained subsidies, were in the process of national spatial planning in Slovenia. Unfortunately, the reality is that none of these projects has obtained a building permit.  Damijan Seme also briefly presented the wind energy projects of DEM: the Ojstrica, Paški Kozjak and Rogatec wind farms.

On Tuesday, 12 April, the panel entitled Successful Management of Technological and Market Risks in the Energy Transition, featured Dejan Paravan (Gen-I), Jože Bajuk (Petrol), Gordana Radanovič (GEN Energija), Blaž Šterk (Interenergo) and Viktor Vračar, the Director General of Holding Slovenske Elektrarne (HSE). He said that financing the green transition is not the biggest challenge ahead. This is the siting of new facilities and related procedures: the speed of transformation of the Slovenian energy sector will depend primarily on this. “Slow motion is the only motion”, he emphasised. Slovenians are “experts” in the lengthy procedures of siting of projects, and this is why the green transition in terms of electricity production will be difficult to implement.

He furthermore noted that the mission of HSE is for a reliable and secure electricity supply, and that we must operate efficiently and economically, which is why our plans are more or less tied to economic goals. We are the largest producer of electricity from renewable sources and, in addition to the simultaneous optimisation of the thermal segment, which has regained importance in light of the new conditions in the energy markets, we see the first part of the green transition in an intensive approach to the new investment period. We have selected quite a few specific locations and we are already working on them, he said, noting as an interesting fact that HSE was also studying the potential of geothermal energy for the needs of the power industry.

Viktor Vračar also presented the planned photovoltaic and wind power plants, hydro power plants, geothermal power plants and electricity storage facilities, as well as plans for hydrogen utilisation within the HSE Group, in particular in connection with mobility. He also presented the challenges and steps in digitalisation of the HSE Group’s operations and noted as an interesting project the digitalisation package that is being adopted by the Šoštanj Thermal Power Plant.