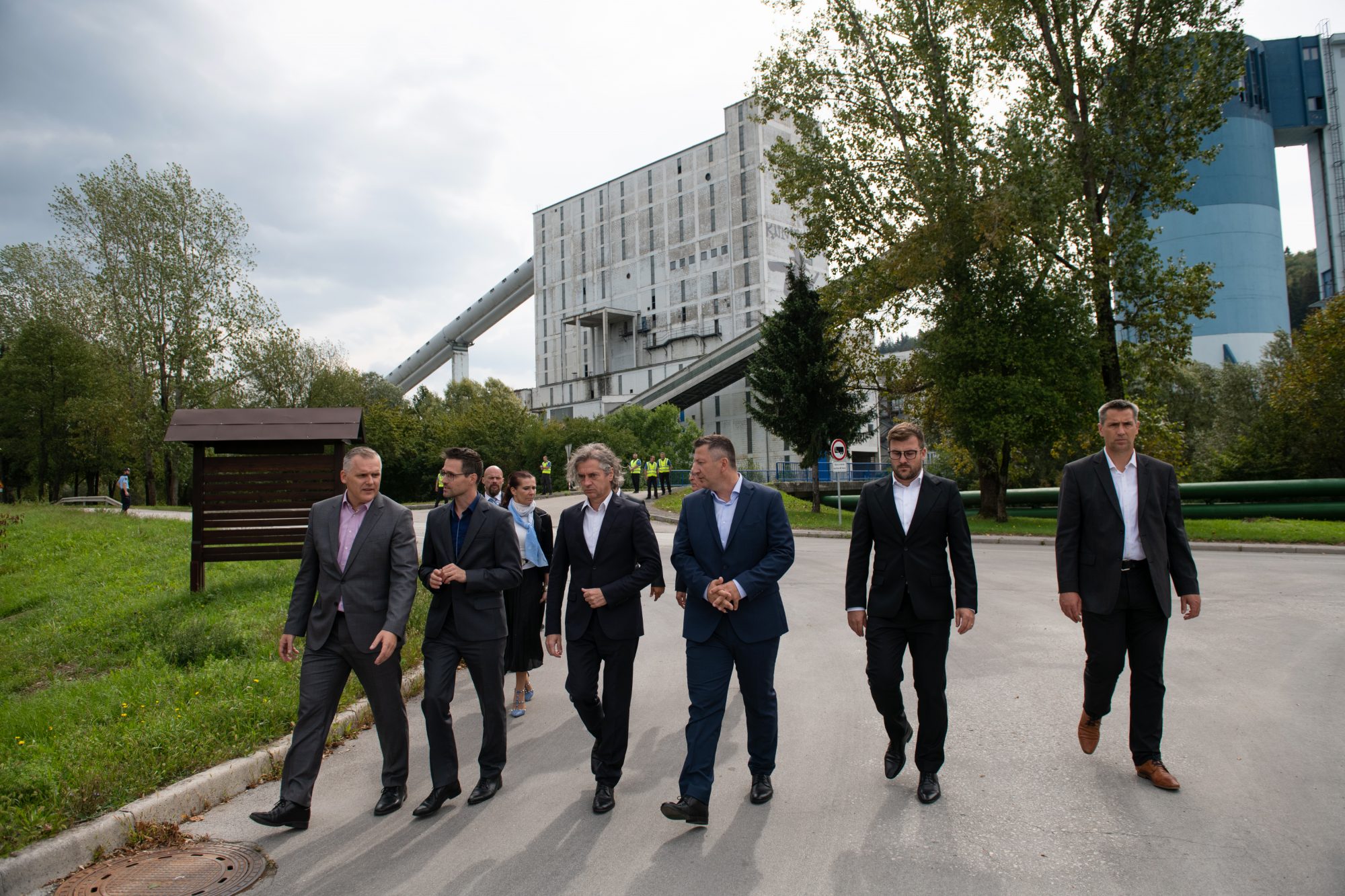 Due to a lack of energy sources – mainly gas and oil – many European countries are once again looking into the continued use of coal. Slovenia is also considering the possibilities of increasing strategic coal reserves at the landfill.

“From a technical point of view, the Velenje Coal Mine is capable of excavating coal even after the year 2033, on condition of sufficient investment in the coming years in both equipment and employees, and due to the construction of the cave infrastructure itself, which enables the excavation, it is necessary to specify the year many years in advance: the decision must be made by 2025 at the latest,” said Janez Rošer, Ph.D., General Manager of the Velenje Coal Mine. “It is necessary to be aware that in such a demanding work process as the one taking place here, it is impossible to increase coal production ‘overnight’. The preparation of a new excavation field requires at least three years to build an additional 6,000 metres of facilities, which would require approximately 200 additionally qualified employees and a considerable amount of equipment, in addition to the already existing plan of 5,000 metres per year.”

Even in 2021, all the directions we received from the owner, the state and the EU were that the Velenje Coal Mine must cease operations by 2033 at the latest and reduce coal production and the number of employees, which makes it even more challenging to reverse this trend today. In coal production, we have been focused on only two mining fields for several years, namely in the Pesje Cave and the Preloge Cave, and coal production has been taking place from two mines at the same time on average for the last twenty years. We are currently extracting coal from two excavations, namely at angle –110/B and –110/D, which we started yesterday. A new mine at –110/C is also being prepared, which will start operating in the first half of November and will ensure coal production until the end of this year and at the beginning of next year. Based on the technical and personnel capacities, we estimate that in the Velenje Coal Mine this year we cannot exceed 2.7 million tons of excavated lignite per year.

The General Manager of the Velenje Coal Mine highlighted the necessity of adopting the Act Regulating the Gradual Closure of the Velenje Coal Mine as soon as possible, with which the Coal Mine would receive the necessary funds for all measures related to the gradual closure, which includes pit closure, surface rehabilitation, personnel issues, etc. “Now we carry out all the ongoing closing works by ourselves and only with our own funds, from the liquidation of individual cave structures to the rehabilitation of the environment that has been affected by mining within our own production, which of course affects the level of the cost price of coal, which has remained unchanged since 2015. Our efforts and agreements with the owner HSE also go in the direction of increasing the coal price, which would have a positive effect on the operational stability of the company.”

Viktor Vračar, Ph.D., CEO of HSE: “The Šoštanj Thermal Power Plant, which is mainly powered by lignite from the Velenje Coal Mine, represents on average a third of all Slovenian electricity production and at the same time supplies the local district heating system. In a time marked by uncertain geopolitical, market and hydrological conditions, we cannot imagine a reliable and secure supply of electricity and the stability of the Slovenian electricity system without both companies. I would like to take this opportunity to thank the Government of the Republic of Slovenia for listening and supporting the operation of our largest thermal power plant. I believe that the unpleasant circumstances affecting the production and trading of electricity will eventually disappear. And that will be the moment when we start to devote all our attention to the so-called green transition. All the development projects of the HSE Group are aimed at environmentally friendly electricity production: solar, water and wind potential, with the help of which we are clearly and decisively following the path to a carbon-free society.”

As the General Manager of TEŠ, Matjaž Vodušek, M.Sc. once again pointed out during today’s high-level visit, the reliable production of electricity in the Šoštanj Thermal Power Plant is all the more important for the reliability of the electricity supply in the Republic of Slovenia given the current situation on the energy markets. Instability on the electricity market and the related price fluctuations and possibly also the impact on reliability dictate the need to increase strategic stocks of primary energy sources, especially coal, on which TEŠ depends to the greatest extent. “To ensure the smooth provision of electricity production in the future as well as due to the need for larger quantities of available coal than the Velenje Coal Mine is currently able to provide, TEŠ, together with the coal mine and the owner, has already begun to search for suitable foreign coal and biomass that could be added to the primary energy source, which is lignite from the Velenje Coal Mine. At the same time, we are aware that it is necessary to look ahead, because in addition to stable current operations, ‘strategic’ investments or projects that fall within the framework of the green transformation and in which we have already engaged are also very important. We have all the necessary infrastructure, dedicated employees and knowledge at our disposal. We are directing development towards hydrogen technologies as well as other new technologies and the capture and use of CO2, all with the goal of a transition to carbon-free electricity production and, of course, as a result preserving jobs and the energy location in Šoštanj. We are not even neglecting conventional sources, such as the investment in a gas-steam unit of greater power at the TEŠ location,” added Vodušek.

Public Relations Department of the Velenje Coal Mine Group