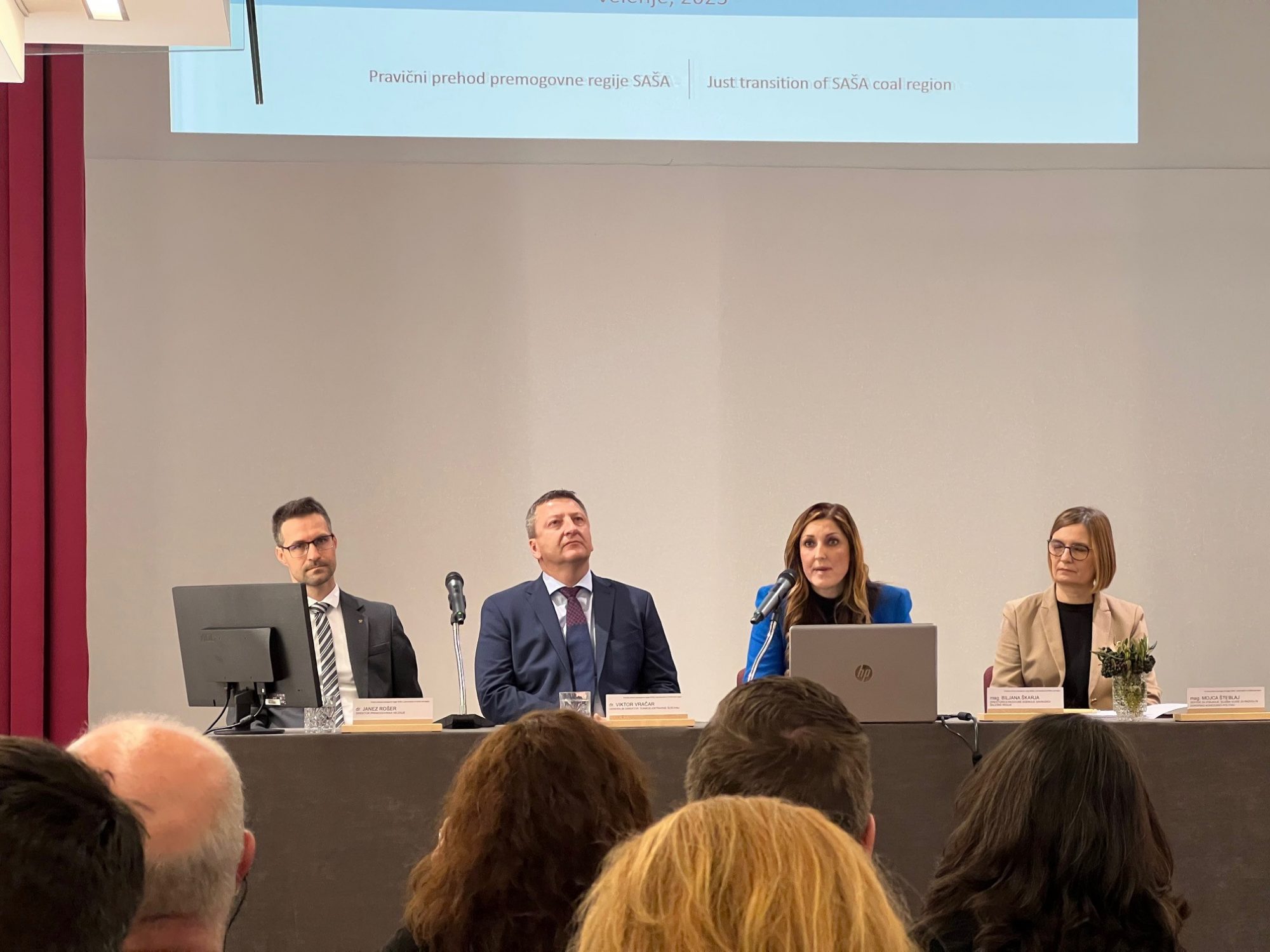 REPRESENTATIVES OF THE EU COMMISSION FOR RESTRUCTURING VISIT THE ŠALEK VALLEY

On Thursday, 19 January 2023, representatives of the EU commission visited the Šalek Valley regarding the drawing of funds from the Just Transition Fund for the restructuring of the Savinja-Šalek coal region.

In addition to the mayors of the Urban Municipality of Velenje and the municipalities of Šoštanj and Šmartno ob Paki, as well as representatives of companies, the conference part upon the confirmation of the programme for the implementation of the European cohesion policy in the 2021-2027 period in Slovenia was also attended by the State Secretary at the Government Office for Development and European Cohesion Policy Marko Koprivc and the Director of the Directorate-General for Regional and Urban Policy Sofia Alves, who addressed the participants in addition to the Mayor of the Urban Municipality of Velenje Peter Dermol and the Director of the Savinja-Šalek Chamber of Commerce Rok Plankelj.

After the official part, the participants visited the Šoštanj Thermal Power Plant, the degraded area of the Velenje Coal Mine, the Stara Vas business park and the Old Power Plant.