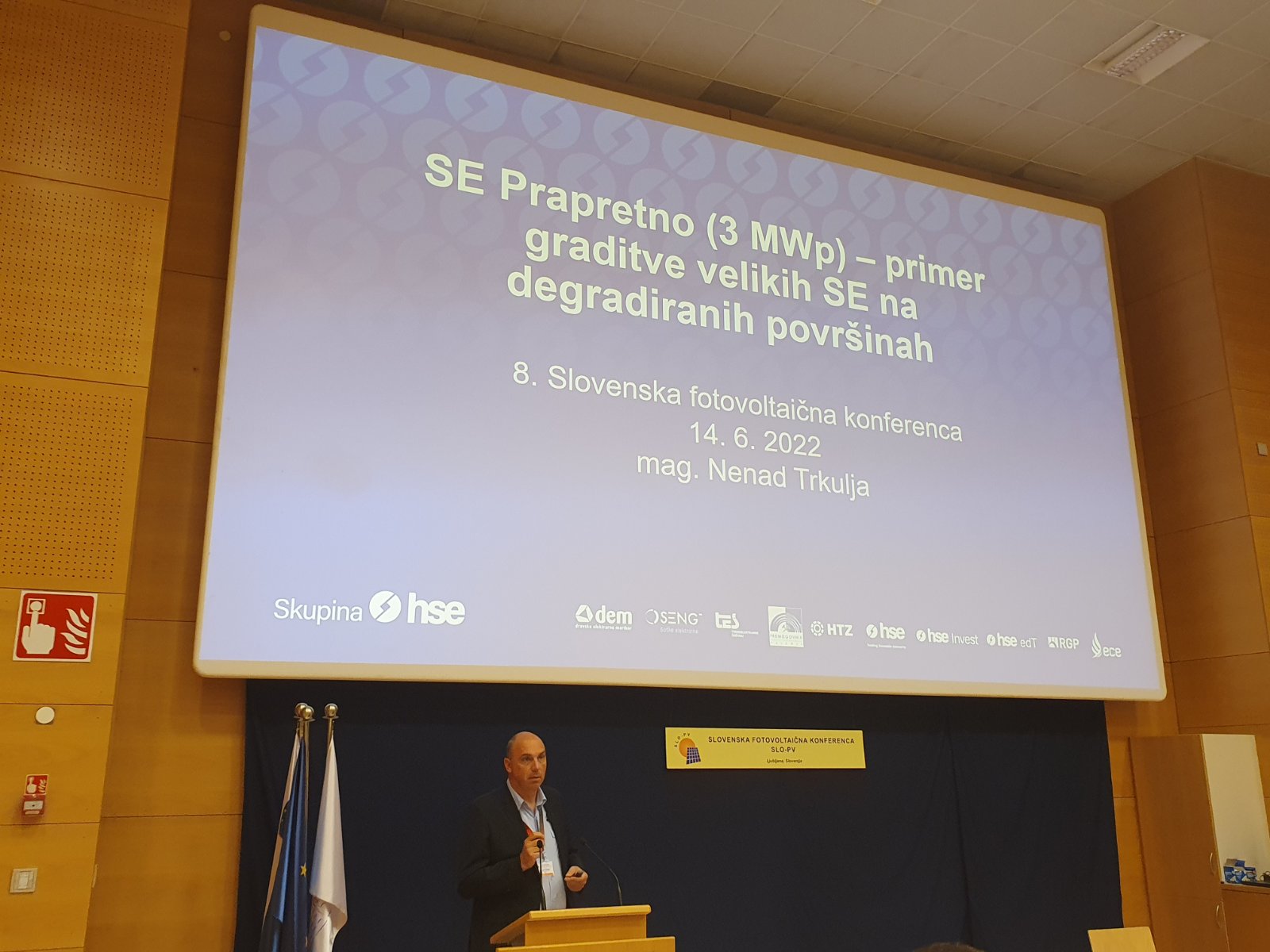 On Tuesday, 14 June 2022, the Laboratory for Photovoltaics and Optoelectronics of the Faculty of Electrical Engineering in Ljubljana hosted the 8th Photovoltaic Conference, which featured experts and representatives of Slovenian companies in the field of photovoltaics.
The HSE Group was also featured at the conference as having the largest operational solar power plant in the country – the Prapretno Solar Power Plant. Nenad Trkulja, the head of the manager of the Prapretno Solar Power Plant project, presented the entire timeline from the administrative procedure to the construction. He presented the basic information about the Prapretno Solar Power Plant, a project which has 6,746 modules and 25 inverters installed, an estimated annual production of 3,362 MWh, and an investment cost of somewhat more than EUR 2.5 million. He noted the surprising fact of the actual production being higher than expected, as the production in May exceeded the expected production by as much as 17%. He also mentioned certain obstacles that can be solved with the support of the local community. The energy and climate goals and the national strategies adopted in this regard are the basis that encourages the HSE Group to decarbonise and accelerate the introduction of renewable energy sources, which is why the HSE strategy is aimed at building large solar power plants in a bid to become the largest producer solar power, Trkulja said as he concluded his lecture.
With lectures by professors and experts, the 8th Photovoltaic Conference presented a number of good practices and answered many questions, including the question of whether photovoltaics can be a pillar of the green transition. All participants agreed that photovoltaics could significantly contribute to the green transition and to achieving climate and energy goals. While Slovenia has a great potential in this field and huge untapped opportunities, faster action will be required, especially in connection with the siting and modernisation of the energy network.
A video of the entire conference is available on the website http://slo-pv.fe.uni-lj.si/.