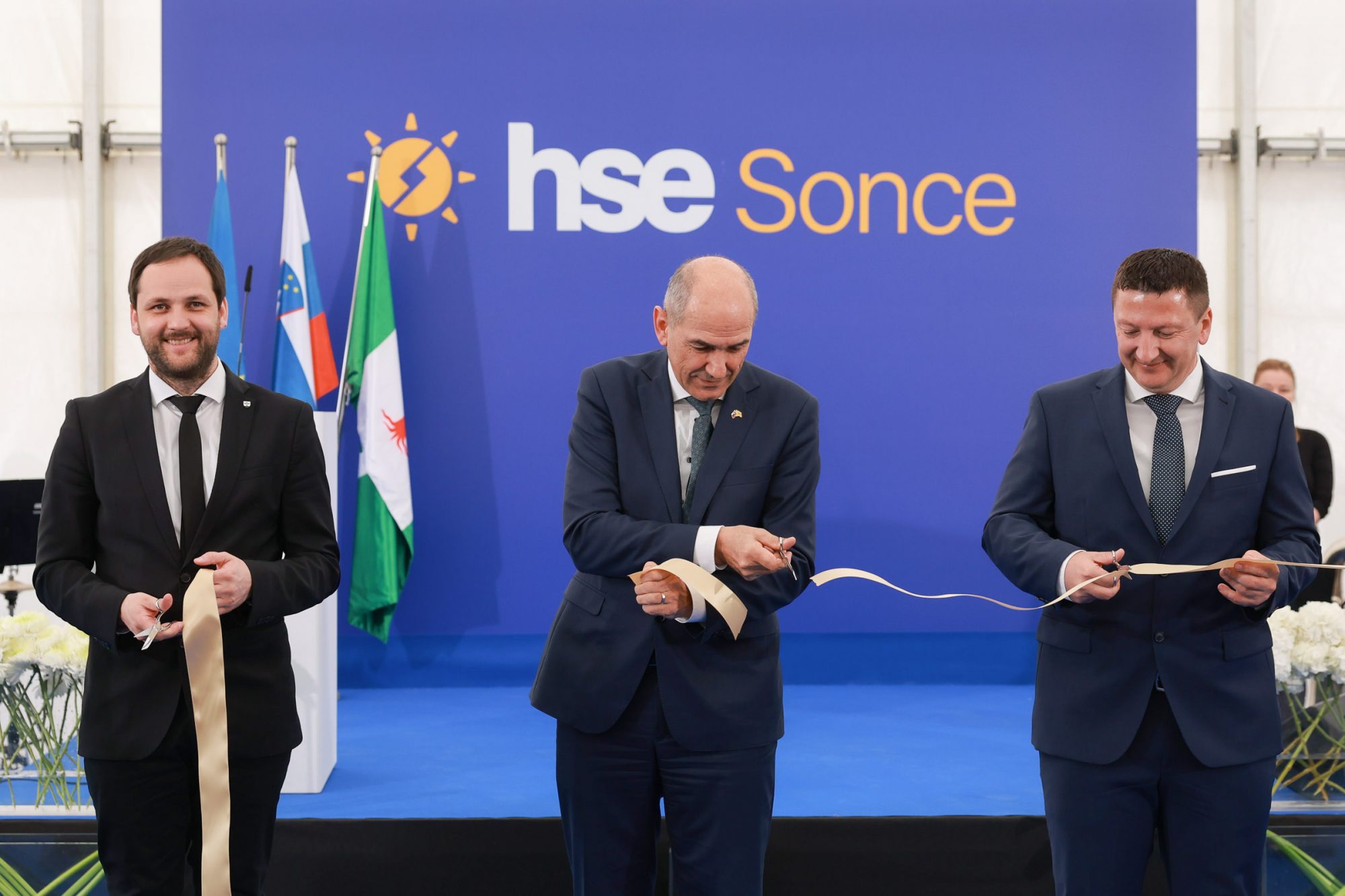 The Prapretno Solar Power Plant was inaugurated in a ribbon-cutting ceremony by the Prime Minister of the Republic of Slovenia Janez Janša, HSE Director General Viktor Vračar and the Mayor of the Hrastnik Municipality Marko Funkl. Holding Slovenske Elektrarne, the largest producer of electricity from renewable sources in Slovenia – we produce more than 85% of it – has maintained an energy production location in Zasavje, a former coal region, by constructing the Prapretno Solar Power Plant.

“The world changed on 24 February this year. We are not yet sufficiently aware of this. The resources we have at home are ten times more valuable in this changed world than they were before. Regardless of Slovenia being part of the common European energy market, and regardless of the fact that we charge the price of electricity on the basis of a European formula, which is inappropriate during this time and is being changed, it is necessary to anticipate situations in which this will not be feasible and when only electricity that can be produced at home or as close as possible can be used. That is why constructing small hydro power and solar power plants is not only something that must be promoted from an environmental point of view and green transition, but also from a safety point of view. Just one large-scale cyber-attack on our network can cause outages for days, weeks, months,” said Janez Janša, the Prime Minister of the Republic of Slovenia, who was the keynote speaker at today’s opening of the Prapretno Solar Power Plant, and added: “Our plans are to supply about half of households with electricity from solar energy in the next decade, which will require billions of euros in investments.”

Dr Viktor Vračar, the Director General of HSE, said that the HSE Group would continue to invest intensively in projects that are economically and environmentally justified and compliant with the adopted strategic guidelines for decarbonisation of society and sustainable development. “The HSE Group as the largest producer of electricity in Slovenia follows its basic mission: safe and reliable electricity supply. The projects called HSE Sonce represent our projects in the field of solar energy exploitation and are among the many so-called green projects of the HSE Group. In addition to continuing the construction of the Prapretno Solar Power Plant, we will invest in the expansion of the Zlatoličje-Formin Solar Power Plant, and we also look forward to greater opportunities in exploiting wind energy. This is in addition to our hydro power plants, which already produce more than two-thirds of all renewable electricity in the country,” he said, adding that the HSE Group would continue to build on its main strategic advantages: the know-how of more than 3,000 employees and an exceptional production infrastructure.

The largest solar power plant in the country is located in a 120-metre-high area that has been severely degraded from the environmental point of view. More than 8.7 million tonnes of electrostatic precipitator ash and slag from the Trbovlje Thermal Power Plant was deposited there between 1986 and 2010. This is a good example of the just transition of the coal region to a location for the production of electricity from renewable sources. Marko Funkl, the Mayor of Hrastnik, said on the occasion: “The opening of the largest solar power plant in Slovenia, in this place, in Prapretno, at the electrostatic precipitator ash dump, is a step that I, as the Mayor of Hrastnik, sincerely welcome and I look forward to continuing and expanding this project into the neighbouring municipality. I congratulate HSE on the work done and I know that all of us have many other major challenges ahead of us, which we will successfully overcome step by step. May Hrastnik be the sunniest power plant in Slovenia!”

The Prapretno Solar Power Plant is the result of the knowledge and good cooperation of the companies of the HSE Group. It was designed by the company HSE Invest, which also obtained a building permit for the project and supervised the construction, which was carried out by the company Harmonija Tehnologije in Znanja (HTZ). The power plant delivered the first electricity to the system as part of start-up and functional tests on 28 March 2022, while it was connected to the distribution network in cooperation with the company Elektro Ljubljana. The average daily production of the Prapretno Solar Power Plant is currently more than 10 MWh on a sunny day, and HSE expects that the 6,748 modules will produce more than 3 gigawatt hours of electricity a year. This suffices for the annual supply of approximately eight hundred households. 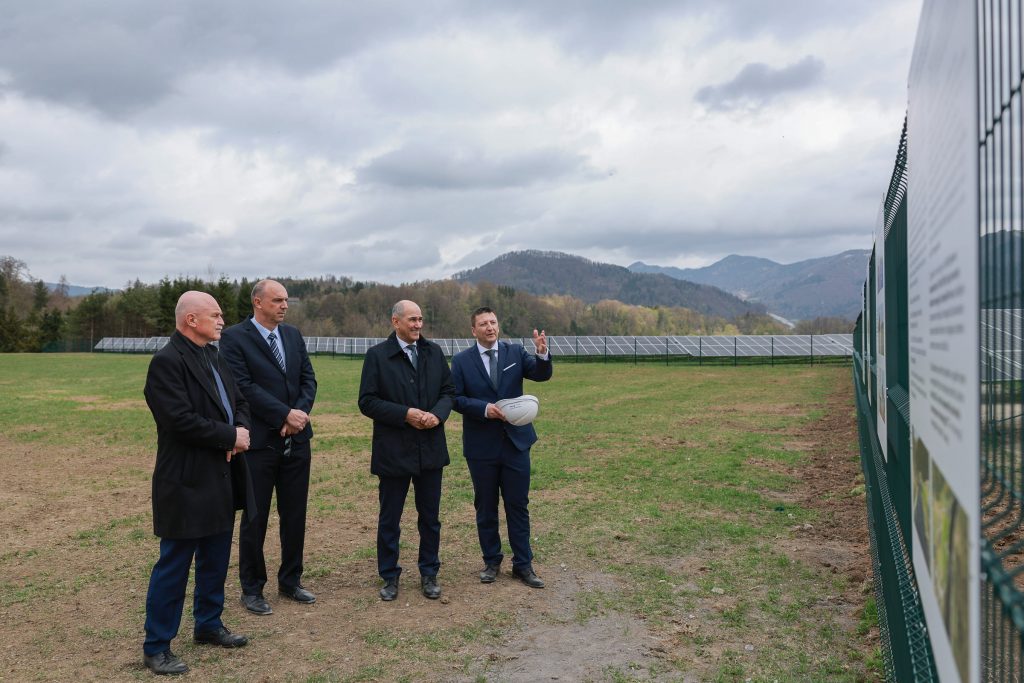 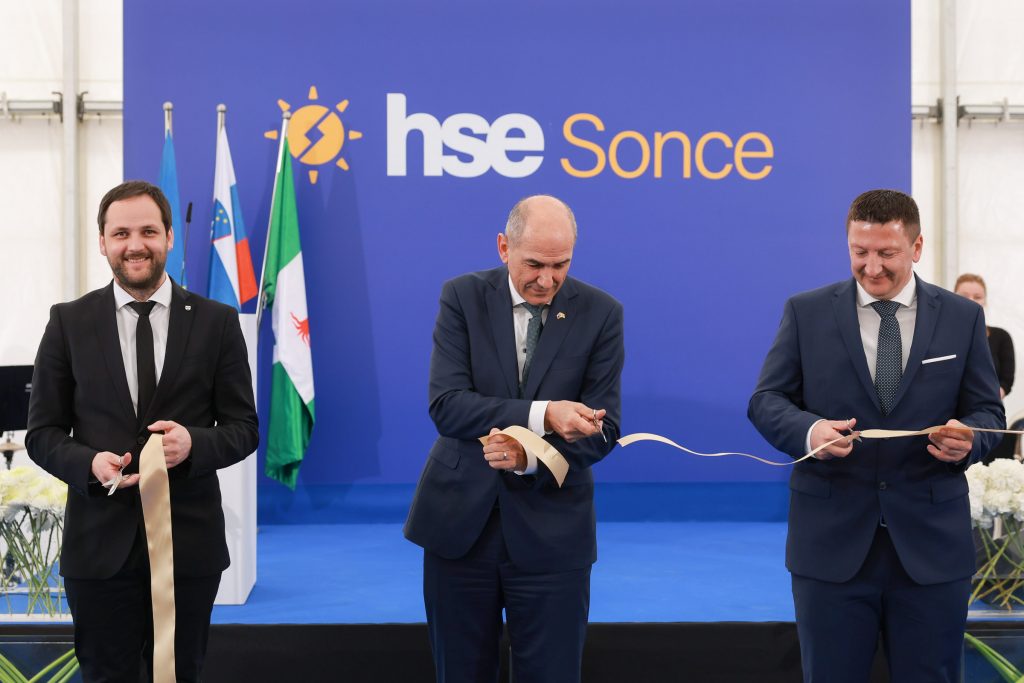 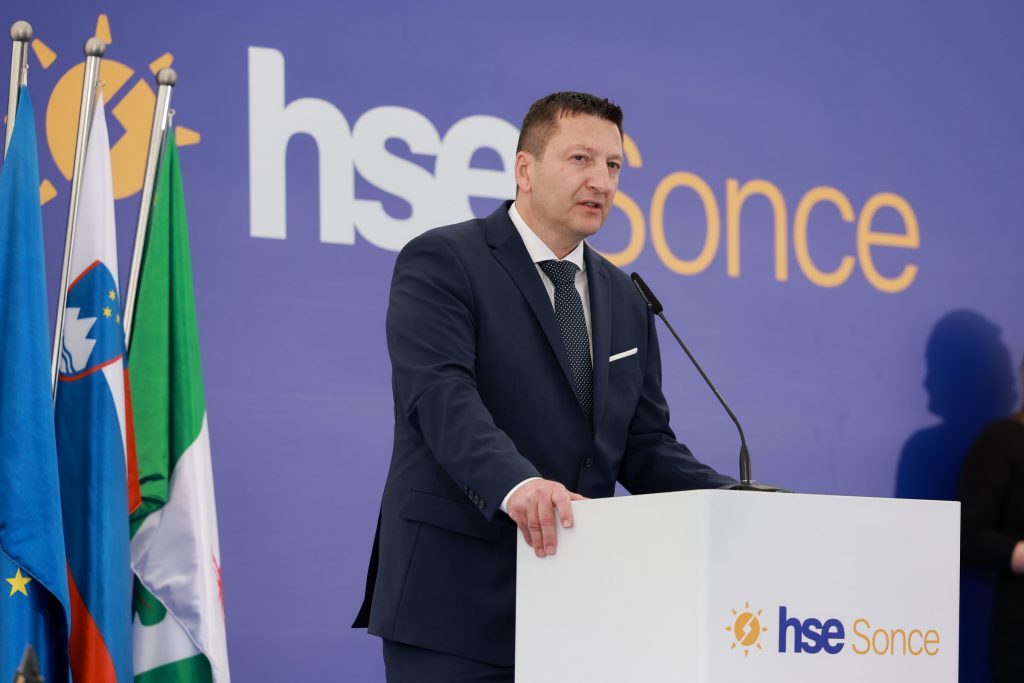