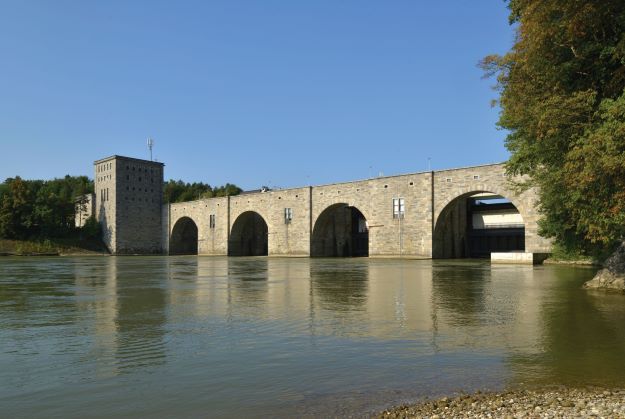 The main purpose of the meeting was to present the executive and major development projects of Dravske Elektrarne Maribor. Standing out among the executive projects is renovation of the Markovci dam and reconstruction of the youngest hydro power plant on the Slovenian part of the Drava River – the Formin Hydro Power Plant; other major projects involve improvement of the vibration state of generators and renovation of secondary systems at the existing production units. Regarding the major development projects of the company, the talks focused on the installation of solar power plants with a total capacity of 30 MW on the inflow and outflow canals of the Zlatoličje and Formin hydro power plants and the installation of three wind farms – Ojstrica, Rogatec and Paški Kozjak in north-eastern Slovenia. The activities taking place as part of the project of the Kozjak pumped-storage hydro power plant and as part of the project to install electricity storage facilities to reduce deviations in the production of the HSE Group were presented. Also mentioned was research on the exploitation of the potential of geothermal energy for electricity production, for which the implementation of a pilot project for the use of a dry well is planned as early as this year, while potential locations for the installation of binary system geothermal power plants are still being examined.

Aleksander Brunčko, Director General of DEM said: “We are in a period of many major and minor investments that we plan to realise in the coming years. Our goal is to expand the total capacity of Dravske Elektrarne Maribor from the current 600 MW to 750 MW by 2026 by installing new production units and thus significantly increase the proportion of electricity production from renewable sources.

Damjan Seme, Director of DEM added: “Safe and reliable production of electricity from the existing power plants and maintaining these at the highest level of preparedness remains an important guideline of our company. However, if we want to follow the commitments of the state to increase the production of electricity from renewable sources, we must make an additional effort in the siting procedures and achieving the set goals”.

Accompanied by the members of the Management Board of DEM, the members of the Management Board of the SSH also inspected the start of revision of Unit Two at the Mariborski Otok hydro power plant – the last of the six hydro power plants located in the Drava riverbed before Maribor – and the high-security system facility that represents one of the two key pillars of information security of the HSE Group.

The company Dravske Elektrarne Maribor produced 2,888 GWh of electricity in 2021, which exceeded the plan by 4% despite the poor hydrological conditions at the end of the year.