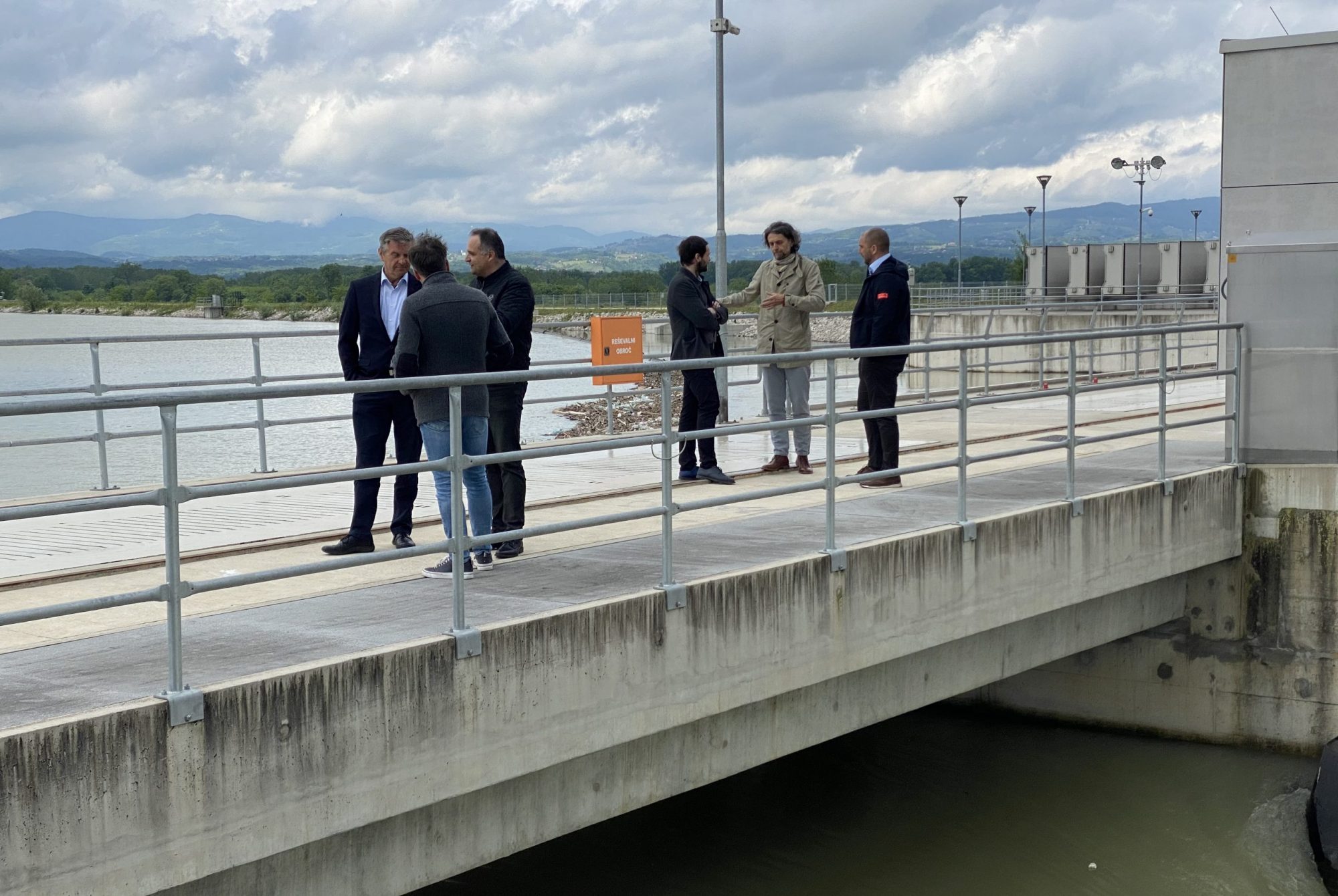 The Mayor of the Municipality of Hrastnik, Marko Funkl was invited by Holding Slovenske Elektrarne (HSE), the investor in hydro power plants on the central Sava, to visit the Brežice Hydro Power Plant and see the development of a passage for aquatic organisms or so-called fish ladder, fishing trails and habitats for aquatic and other animal and plant species that have been developed during the construction of the hydro power plant, as well as the area planned for the development of a water centre and kayak courses. As part of the green transition of the Zasavje region after the phaseout of coal for renewable sources of energy, the Suhadol Hydro Power Plant is planned to be constructed in the Municipality of Hrastnik.

The concession contract, which was signed on 2 October 2020 by representatives of the investor and state, envisages the development of habitats for aquatic and other animal and plant species, including passages for aquatic organisms or so-called fish ladders, development of banks and flood control measures. The project is currently in the siting phase, and Mayor Funkl was acquainted with the development implemented with the Brežice Hydro Power Plant.

The Brežice Hydro Power Plant is the fifth in the chain of six hydro power plants on the central Sava with a rated power of 47.4 MW. It is a run-of-the-river/reservoir type power plant with three vertical generators with the nominal flow of 500 m3/s, with five spillways and average annual output of 161 GWh.

The Brežice Hydro Power Plant contributes to the Slovenian power system electricity using water, a renewable source of energy, and represents more than 1% of the current annual production of electricity in Slovenia, or renewable energy for an annual supply of 40,000 average Slovenian households, and also provides systemic services that are required for the reliable functioning of the power system and electricity supply. The power plant is currently operated locally.

Hrastnik thus remains an energy location and embarks on the path of green transformation by the laying of the foundation stone for the Prapretno Solar Power Plant, which will take place on 3 July 2021, on Miners’ Day. 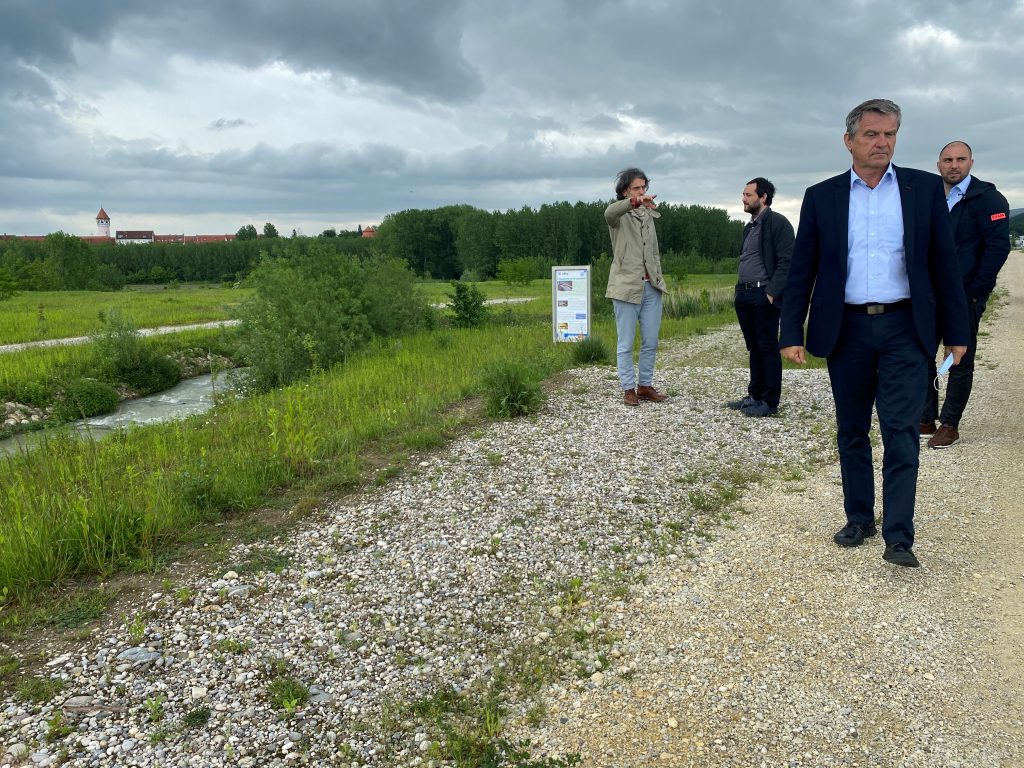 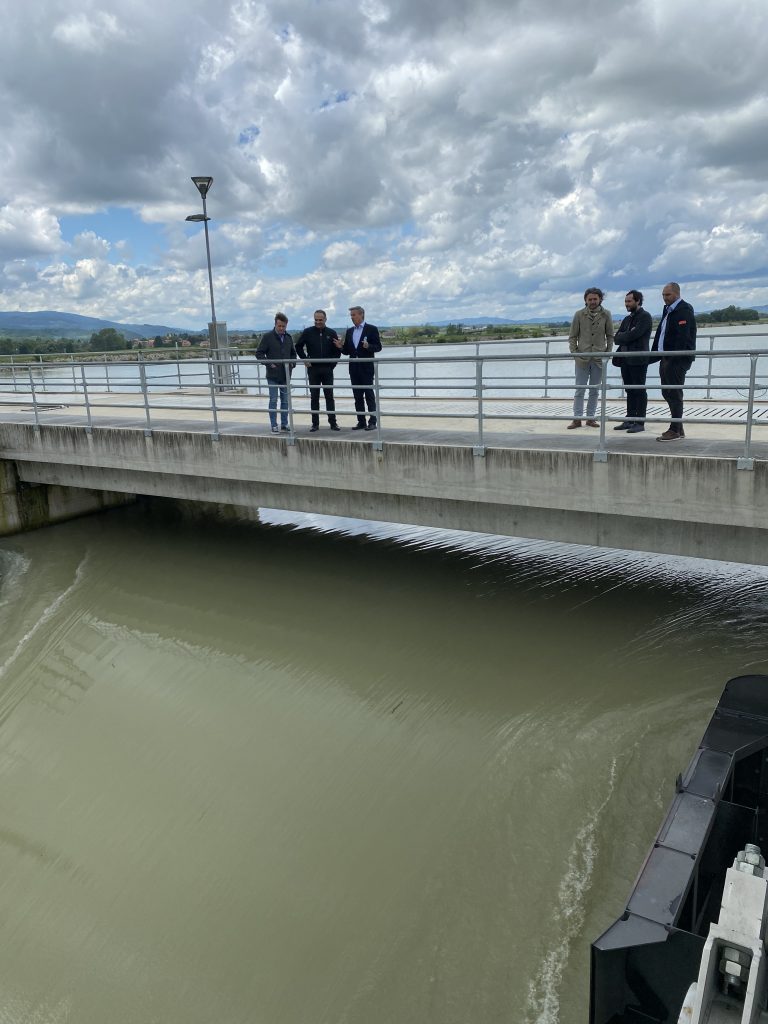