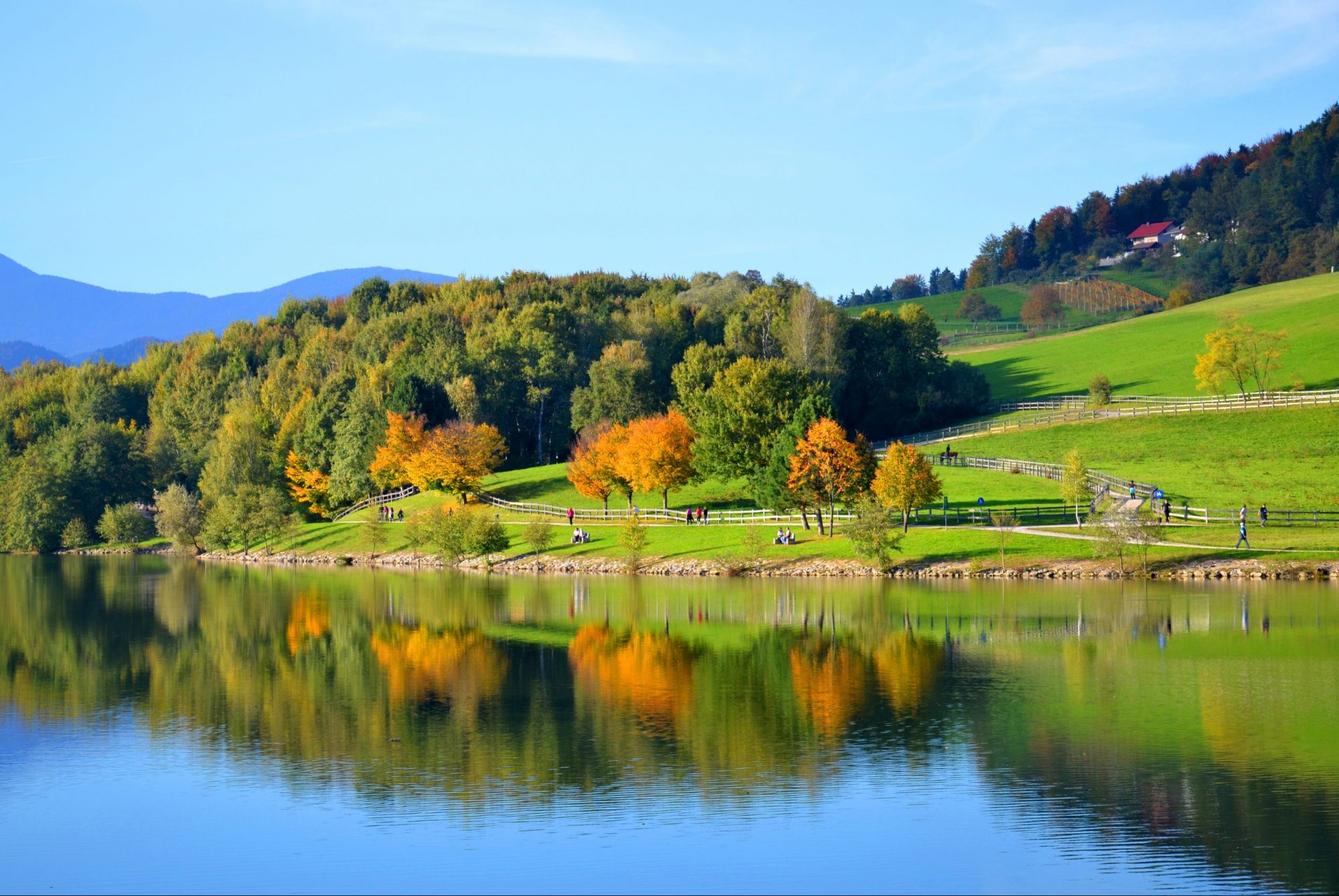 IT IS OUR DUTY NOT ONLY TO PRESERVE THE ENVIRONMENT, BUT TO TAKE CARE OF ITS DEVELOPMENT

/ IT IS OUR DUTY NOT ONLY TO PRESERVE THE ENVIRONMENT, BUT TO TAKE CARE OF ITS DEVELOPMENT

The Holding Slovenske elektrarne (HSE) Group, the largest producer of electricity in Slovenia, including from renewable sources, proves through its projects that environmental policy is not merely a passing fad. On the occasion of World Environment Day, which we celebrate on 5th June, we can boast of many projects that have contributed to improving quality of life and the environment over the years. Transformation into a low-carbon society is only possible with a well-considered and sustainable development policy. This is also dictated by the international certification the company has obtained: all companies of the HSE Group that produce electricity have an international certificate of the ISO 14001 environment management system.

The Velenje Coal Mine, where the main goal is to maintain a healthy working and living environment, has been preventing and eliminating negative impacts on the environment since the beginning of its operation. For many years, it has been actively involved in programmes to preserve the state of the water, soil and air in Šaleška dolina. In the valley’s industrial environment, in recultivated areas, the beginnings for the implementation and development of various activities, including tourism can be seen. Indeed, the environment has been rehabilitated to such an extent that the Šaleška lakes are clean and pure. The company is active in solving the problem of unpleasant odours from ventilation shafts, even if they never exceed the prescribed values, and with projects to optimise waste management and reuse the mine timbers, a system has been established for returning materials back to the production process or for other purposes. Thus, less strain is placed on the environment than would be the case if the still usable materials were defined as waste. A better waste separation system has also been established which has increased the proportion of waste that can be treated. In the field of coal mining activities, in order to improve the condition of rainwater flowing from paved surfaces into the watercourse, a project for the inspection of all oil traps has been prepared and implemented in which unsuitable oil traps were replaced and some were newly installed.

Since the end of the last century, the Šoštanj Thermal Power Plant, inextricably linked to the Velenje Coal Mine, has also paid special attention to the protection and improvement of the environment in which it is located and operates and of which it is an integral part. During this period, the company invested heavily in environmental projects, mainly with the aim of basic reduction of previously very high concentrations of NOx, SO2 and dust in flue gases. The most important projects in recent years have been: replacement of units 1-4 with the new unit 6, which is equipped with state-of-the-art treatment plants and contributes to a further reduction of emissions into the environment; reduction of NOx concentrations from 500 to 200 mg/m3 and SO2 in flue gases of unit 5 from 400 to 200 mg/m3; construction of a polluted water interceptor, which enabled TEŠ to intercept various types of water pollution (from pollution resulting from possible accidents with hazardous substances, as well as pollution resulting from hidden defects in ash and slag transport systems); and centrifugation of mud water, whereby TEŠ obtained additional quantities of pure water from waste water for cooling.

In Soške elektrarne Nova Gorica, which manages as many as twenty-nine hydropower facilities in the entire Soča River basin, responsibility and respect for nature are present in all areas. The energy use of the water potential of the Soča and its river basin always takes into account strict environmental aspects and all principles of sustainable development, while the principles of multifunctionality have been implemented in the projects and investments carried out so far. Specifically, hydroelectric power plants are much more than just production facilities – they are reservoirs of water in dry periods and retaining basins during floods, and the accumulations of Soča hydro power plants are catchments for drinking water, fish farms and tourist and recreational areas. The technologies and equipment that have been installed in power plants on the Soča for decades are more environmentally friendly, and since 2020 SENG has also been producing renewable electricity from solar power. Indeed, the first solar power plant within the company SENG, SE Hubelj, has begun operations and will produce approximately 2.1 GWh of environmentally friendly solar energy during its expected 27-year lifespan.

Environmental and social responsibility are also two of the fundamental values of the company Dravske elektrarne Maribor, the largest producer of electricity from renewable sources in the HSE Group and Slovenia. One of the most important environmental projects of the recent period has been the construction of landfills for extracted debris at all eight large hydroelectric power plants on the Drava River. In the last five years, employees have removed more than 18 million kilograms of debris from the Drava River (the most in 2018 after a catastrophic storm) and thus take care of the proper flow and cleanliness of the Drava River on a daily basis. Traps for oil vapour that would otherwise be released into the air and for oil that would otherwise be discharged into the water were installed at the production facilities. Especially successful is the sediment removal project, with which almost 40,000 cubic meters of sediments are removed annually from the Drava River. Because the legislation does not allow this material to be taken away, it is used to line the asphalt shore of Lake Ptuj. In this way, the location is given a more natural appearance along with the building of so-called artificial islands – new habitats for plants and river birds. The drainage channel of the Zlatoličje hydro power plant has also been widened, thus creating new bays that represent a friendlier living environment for water and riparian life. The newly built habitat has brought back to this area sand martins, one of the smallest members of the swallow family, which need vertical sand walls for nesting. DEM actively cooperates with all the fishing families along the Drava River, and the funds allocated to them are intended for the introduction of juvenile fish into the river, thus ensuring the preservation of the diversity of fish life. And last but not least, at DEM a fish path or passage for aquatic organisms has been set up at the Mariborski otok hydro power plant, which enables them to pass from one part of the river to another (separated by a dam – the hydro power plant). In the coming years, the plan is also to set up passages for aquatic organisms at other hydro power plants on the Drava River.

Environmental responsibility is therefore not something that the HSE Group has been dealing with only recently. Ever since its establishment, i.e. all twenty years of its existence and operation, the company has been aware that we are only guests in the environment, using its natural resources to produce electricity and trying to take care of it in the best possible way. It is our duty and commitment to future generations to invest in the environment at least as much as it gives us, and to not only preserve it, but take care of its development. Projects planned for the near future include the construction of hydro power plants on the middle Sava, installation of the Prapretno solar power plant, the largest in Slovenia, gradual cessation of electricity production from coal and further adapting the company’s activities to the most demanding environmental standards, expectations and commitments, proving that the company is on the right path.