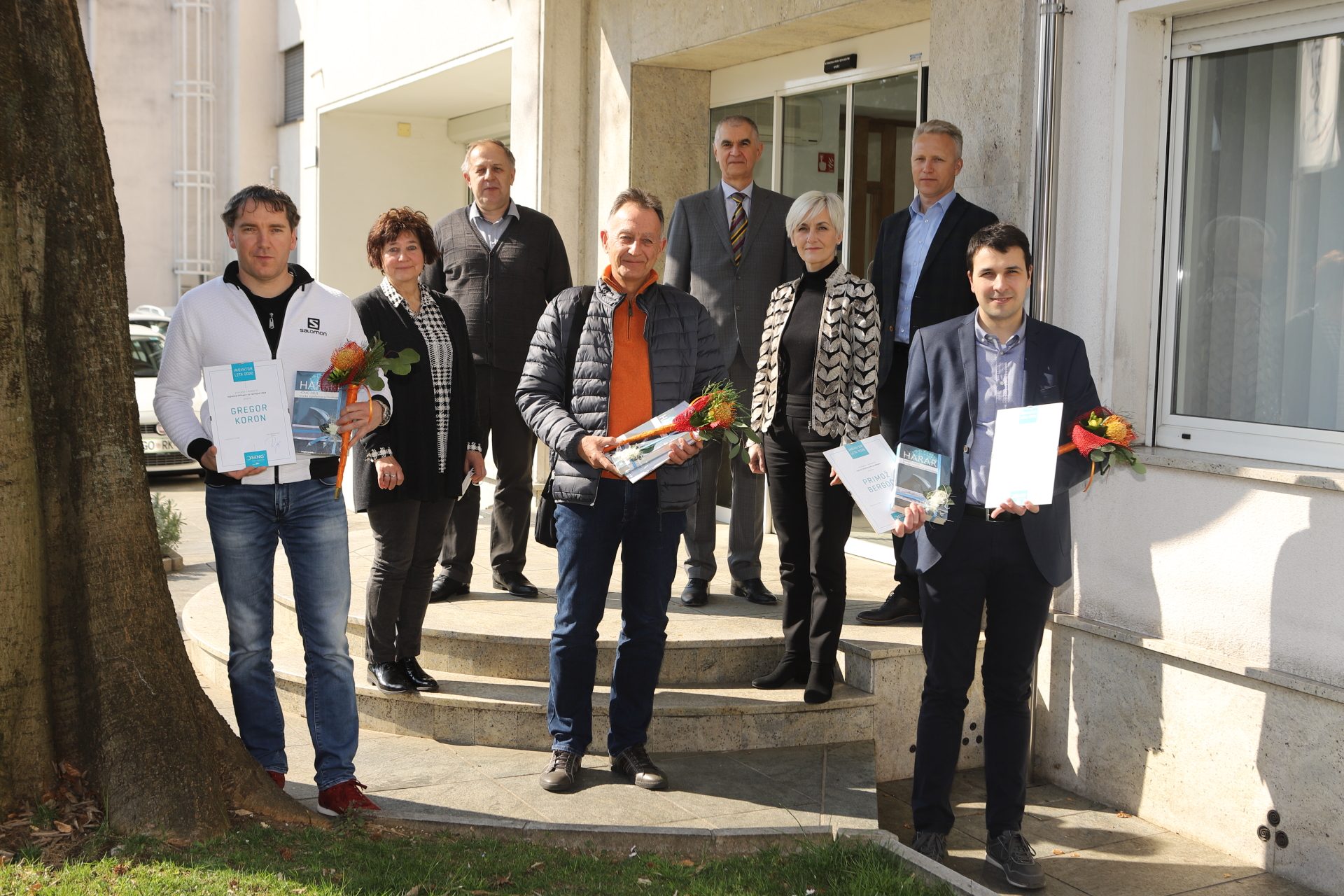 INNOVATORS OF THE YEAR IN THE SENG COMPANY

On Monday, 8 March 2021, awards for the best innovators in 2020 were conferred by the SENG company. Innovators were selected in four categories – the greatest economic benefit, the most innovative solution, the largest number of realised proposals and the largest number of proposals for development ideas. The commission examining useful proposals conferred the awards on the basis of Article 43 of the Rules on the promotion of creativity and innovativeness of employees.

The innovators of the year 2020 in the SENG company are  Primož Bergoč, Edvard Balič and Gregor Koron.

Primož Bergoč is the recipient of the award in two categories – the greatest economic benefit due to the useful proposal Simulation of network frequency on Excitation/Governor Controller for qualification tests of primary frequency regulation in the Avče pumped-storage plant and in the category largest number of realised proposals, with as many as three proposals of his being realised in 2020.

The award for the most innovative or original solution was conferred on Edvard Balič for the useful proposal Cleaning of sediments in cooling water preparation pools.

Gregor Koron, who put forward as many as 12 proposals in 2020, is meanwhile the recipient of the award in the category largest number of proposals for development ideas.

Let us remind you that the SENG company successfully participated in 2020 in the call for applications of the Northern Primorska Chamber of Commerce and Industry for best innovation with as many as three innovations by its employees, who received two bronze and one silver award. All three proposals were included in the above statistics of useful proposals given in 2020.

The SENG company strives to create a dynamic and intensive atmosphere in the field of creativity and innovativeness of employees. The need to constantly change and improve work processes and business solutions has become an important guideline in the operation of the SENG company. The innovation culture in the company is improving and employees are active in proposing new solutions and original ideas and thus contribute to the constant improvement of work practices, while also helping to create a competitive and stimulating work environment.

The company sincerely congratulates all three innovators of the year 2020.