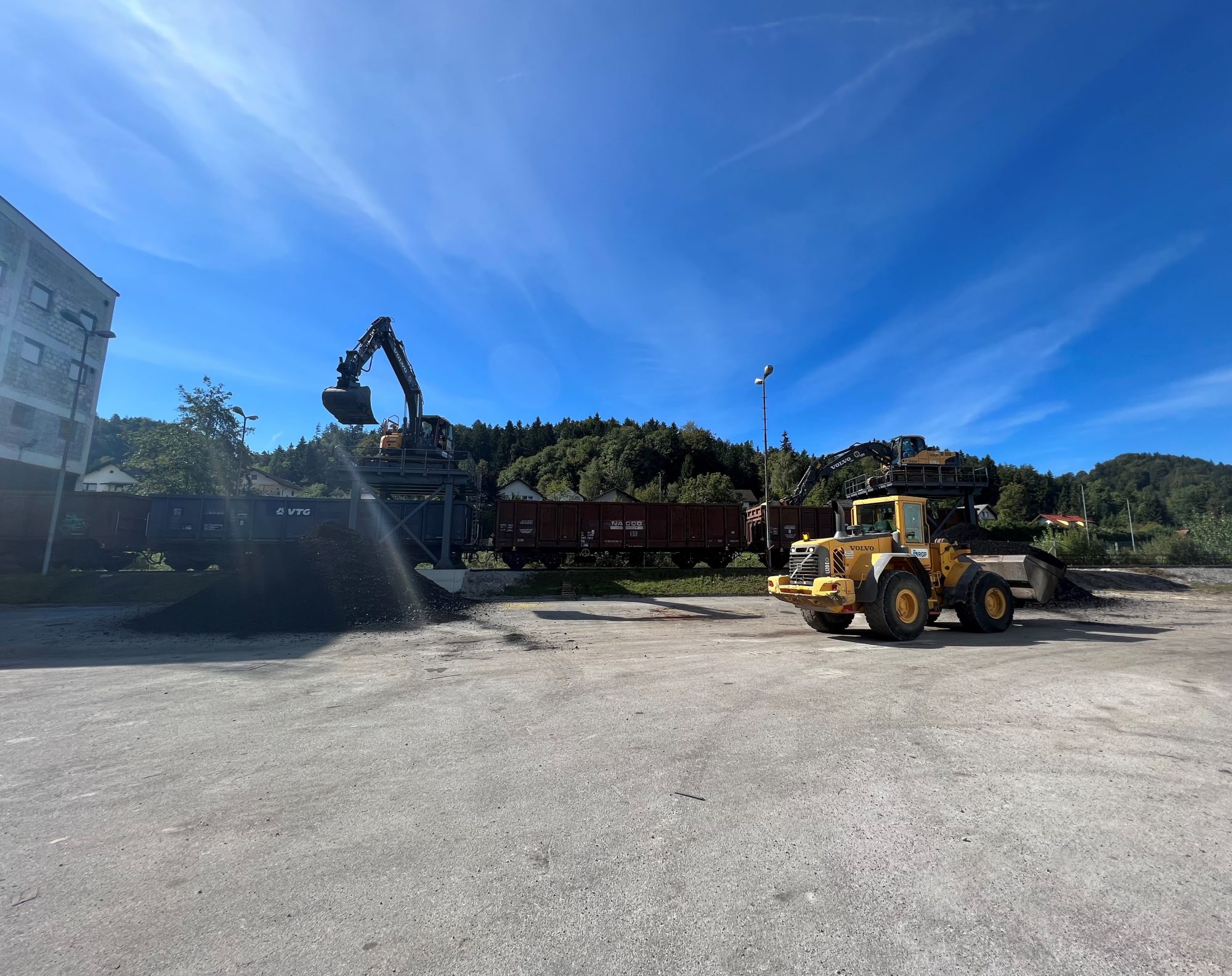 The Government of the Republic of Slovenia has announced the first level of threat in the field of electricity production. The purpose of the measures and guidelines adopted is to prepare the electro-energy system (EES), and within it mainly the system power plants, for reliable operation in times of crisis, and in addition to technical availability, the policy of increasing strategic fuel reserves such as petroleum-based products, gas and coal in the electricity industry is also significant. The risks and insecurities affecting the operation of the European power system are currently heightened, thus requiring that the degree of readiness be raised, and appropriate measures be taken by all stakeholders.

In light of the above, HSE, the Velenje Coal Mine and the Šoštanj Thermal Power Plant (TEŠ) have engaged in a search for opportunities to increase strategic coal reserves at the landfill. We approached this both with additional activities in the mining of our own coal and by studying the option of importing coal. It is necessary to be aware that in such a demanding work process as the one taking place in the Velenje Coal Mine, it is impossible to increase coal production »overnight«. The preparation of a new excavation field requires at least three years to build an additional 6,000 metres of facilities, which would require approximately 200 additionally qualified employees and a considerable amount of equipment, in addition to the already existing plan of 5,000 metres per year. Even in 2021, all the directions we received from the owner, the state and the EU were that the Velenje Coal Mine must cease operations by 2033 at the latest and reduce coal production and the number of employees, which makes it even more challenging to reverse this trend today. Based on the technical and personnel capacities, we estimate that in the Velenje Coal Mine this year we cannot exceed 2.7 million tons of excavated lignite per year.

The changed circumstances in the energy markets, characterised by low production from renewable energy sources mainly due to extremely poor hydrology and very high and volatile selling prices of electricity, which are the result of problems with gas imports, dictate the need to increase strategic stocks of primary energy sources. Our common goal is to provide a solution that will reduce economic, market and above all energy uncertainties that affect the provision of electricity production and the related operation of the Slovenian electricity system.

When it became clear this year that the energy crisis will most likely intensify to a point that will require larger emergency stocks and larger quantities of coal available on time than can realistically be provided by the Velenje Coal Mine for the operation of thermoblocks in TEŠ, the HSE group consequently approached studying the option of adding another type of coal to the Velenje lignite. It is a temporary solution, because if a decision is made to increase the production of coal in the Velenje Coal Mine again, we will also consider this, but we can first implement this within a period of three years, as it is necessary to prepare everything necessary for new mining fields first.

TEŠ has already begun the search for suitable foreign coal, which must be tested beforehand to determine whether it meets both technical and environmental standards. The first test quantities from Indonesia arrived at the crusher and classifier area of the mine facility on Tuesday, September 13, 2022. The Velenje Coal Mine handled the unloading of the coal.

Only after the tests have been completed will it be possible to determine the strategy for the use of foreign coal as well as biomass, which can be added to the primary energy source of lignite from the Velenje Coal Mine, but in an amount that is not more than 12.5 percent of the energy value.