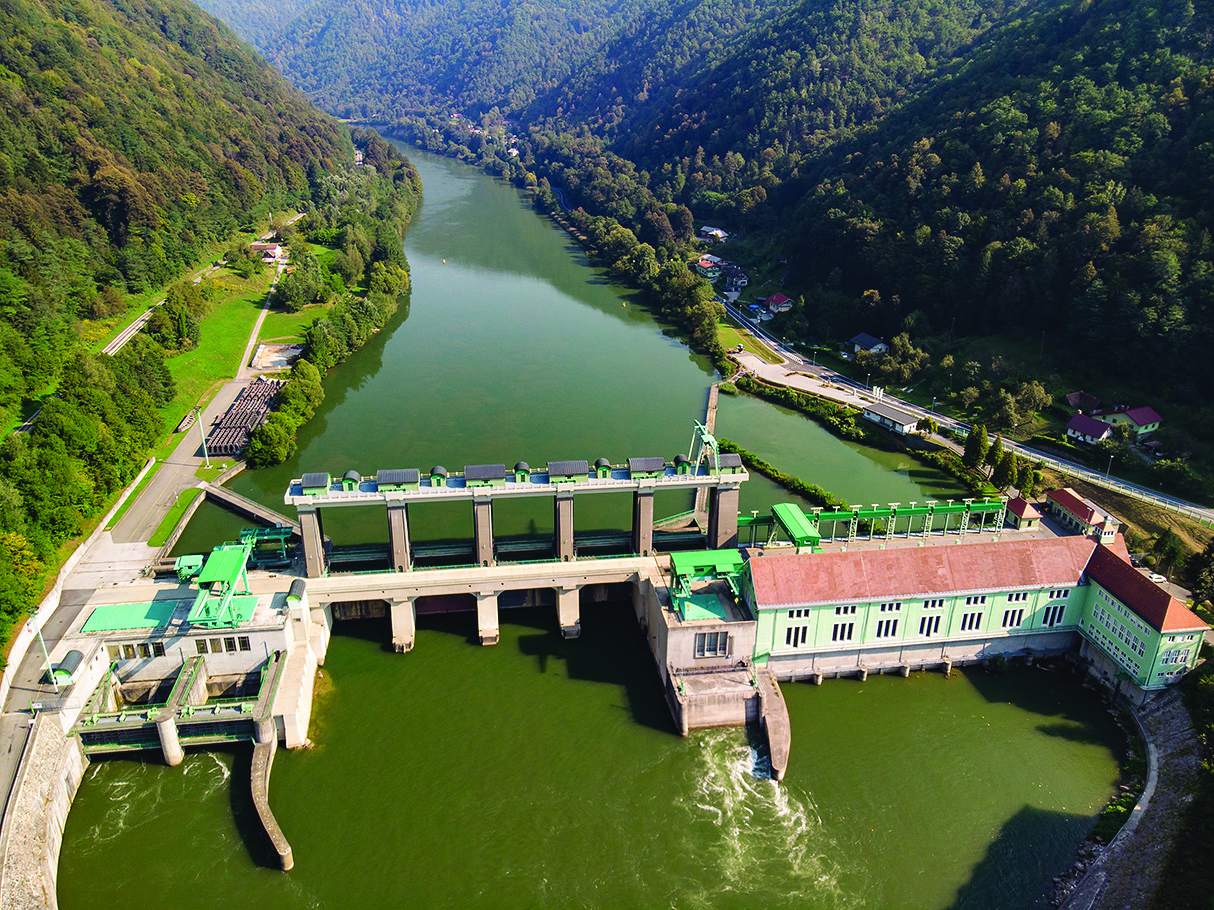 The HSE Group is the largest producer of electricity from renewable sources in Slovenia. Our hydro power plants on the Drava, Soča and Sava rivers produced a total of 3,980 GWh of electricity in 2021. The lion’s share was contributed by Dravske Elektrarne Maribor with 2,910 GWh of electricity produced, while Soške Elektrarne Nova Gorica produced 800 GWh, and Hidroelektrarne na Spodnji Savi, in which HSE has a 49% stake, 269 GWh. The proportion of electricity produced from water sources in the total balance of the HSE Group in 2021 was 56%, which is 2% more than in the previous year, and more than 85% at the national level.

“For the companies of the HSE Group, World Water Day on 22 March symbolically marks the energy projects that have been carried out and planned so far on the hydro power potential of Slovenian rivers, which will take Slovenia on the path to carbon neutrality,” said Viktor Vračar, the CEO of HSE, noting that the HSE Group has bold plans when it comes to generating electricity from Slovenian rivers. One of the most important is certainly the start of construction of hydro power plants on the middle Sava. Once all the planned ones are fully built, they will produce an additional 1,105 GWh of electricity, which will be sufficient for the supply of 250,000 households. Together, the first three hydro power plants on the middle Sava and the solar power plant on the Prapretno plateau mark the beginning of the green transformation of the Zasavje region.

Production of electricity from this renewable source will also be increased in Dravske Elektrarne Maribor (DEM), which will be able to increase the installed capacity of power plants by about a quarter in the second half of this decade if the new investments are successfully realised and, consequently, increase production of electricity from renewable sources. Aleksander Brunčko, the Director General of DEM, noted on the occasion that “World Water Day is always an opportunity to talk about the various values of this invaluable asset. One of the key ones is the possibility of safe and reliable production of electricity from a domestic source. Dravske Elektrarne Maribor is the flagship in this field, with an average annual production of 2,800 GWh, accounting for almost 70% of electricity produced in Slovenia from this renewable source. In order to maintain an appropriate level of energy self-sufficiency in the future, we are obliged to conceive and install new hydro power facilities as part of the company DEM and the HSE Group.”

Soške Elektrarne Nova Gorica (SENG), which owns 23 small hydro power plants, five large hydro power plants and a pumped-storage hydro power plant with a total capacity of 338 MW, will reconstruct and extend the lifespan of the 90-year-old small hydro power plant Hubelj with a capacity of 2.1 MW and the small hydro power plan Podselo with a capacity of 0.135 MW to increase their efficiency and maintain the high availability of these facilities. Radovan Jereb, the director of SENG, said: “Water is one of the most important strategic resources, so it is essential to handle it carefully and prudently. The company Soške Elektrarne Nova Gorica is convinced that best practices are the answer to the sustainable search for a balance between human desires and needs on the one hand and nature conservation on the other. In exploiting the water power potential of the Soča and its basin, we take into account strict environmental protection requirements and principles of sustainable development. We plan investments by taking into account the principle of multifunctionality of hydro power facilities and thus connect the production of electricity with positive effects on the development of other activities in the spatial environment.