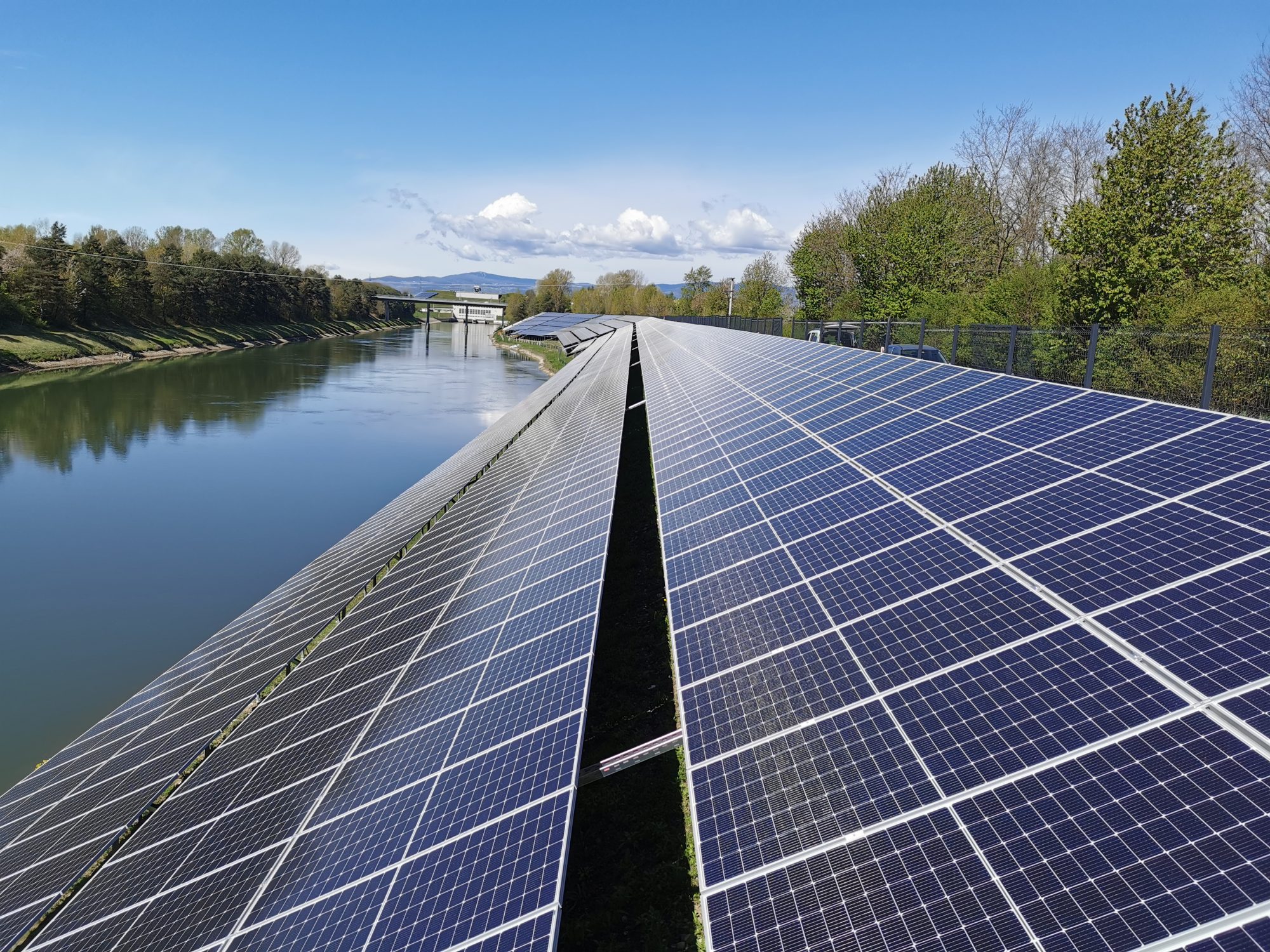 After the successful construction in Prapretno of what is currently the largest solar power plant in Slovenia, which has 3,036 megawatts of installed power and has been connected to the grid since April this year, HTZ Velenje, the subsidiary company of the Velenje Coal Mine, has built another large solar power plant in Zlatoličje, near Ptuj. Construction was completed in June this year and the fifth segment of the Zlatoličje Solar Power Plant, the installed capacity of which is 2.5 megawatts, was successfully connected to the grid. The investor, the Drava Power Plant Maribor, has great ambitions regarding the Zlatoličje and Formin Hydro Power Plant, the largest in Slovenia, as it plans to build an extremely large solar power plant there that will eventually have as much as 30 megawatts of installed power.

Like the previous four, the fifth segment of the Zlatoličje Solar Power Plant is also located on the left bank of the drainage canal of the Zlatoličje and Formin Hydro Power Plant. The 905-metre-long solar power plant has a total rated power of 2.5 megawatts, and its annual planned production is approximately 3,000 megawatt hours of environmentally friendly electricity.

”The construction of the fifth segment of the Zlatoličje Solar Power Plant was particularly challenging due to the 30-degree slope of the terrain and the proximity of the canal, the flow of which is up to 550 m3/s, but the HTZ company once again proved that we are up to the most demanding projects. We installed as many as 5,694 high-efficiency photovoltaic modules with a total nominal power of 2.505 MWp, and the substructure is completely anchored into the hill. The investor fully entrusted the construction and start-up of the solar power plant to the HTZ company,” said Nina Mauhler, Managing Director of HTZ, adding that the construction of the Zlatoličje Solar Power Plant was another successful project in the field of green energy, where HTZ Velenje has been focusing more and more in recent years. “It represents an important milestone for the further development of the photovoltaics industry in Slovenia and, at the same time, an important reference for HTZ Velenje, which is looking for new programs on the market. The company has been planning and building solar power plants for over 18 years, and the Zlatoličje and Prapretno projects are good references for the company’s green future.”