Along with water and wind, the electricity we produce  from the sun belongs to a set of so-called renewable energy sources. In compliance with the European Union’s commitments to decarbonise society, we have made a major leap in this area in the last two decades. Due to the growing awareness that traditional methods of producing  energy based on coal are not sustainable, we are devoting an increasing amount of effort, knowledge, and time to a more efficient and environmentally friendly way of producing  so-called “green” electricity.

Due to its favourable geographical location, Slovenia has a great potential for increasing its proportion of solar energy used. In 2020, a total of 11,990 solar power plants with a total electrical capacity of 371.6 MW were installed. Their production in the same year amounted to 289.5 GWh or about two percent of the total electricity production in Slovenia. This energy is sufficient to cover just under nine percent of Slovenian household electricity needs.

Solar energy as a “fuel” for electricity generation is a durable, free source with low maintenance costs.

How does a solar power plant work?

Solar cells are a direct converter of solar energy into electricity. Sunlight falling on a solar cell causes the movement of electrons in it, resulting in a direct electric current. But as this cannot be used in home appliances, we must first convert the direct current to alternating current. This is accomplished by another set: inverters. Only alternating current is usable for household consumption or for sending to the power grid.

Each solar power plant consists of: 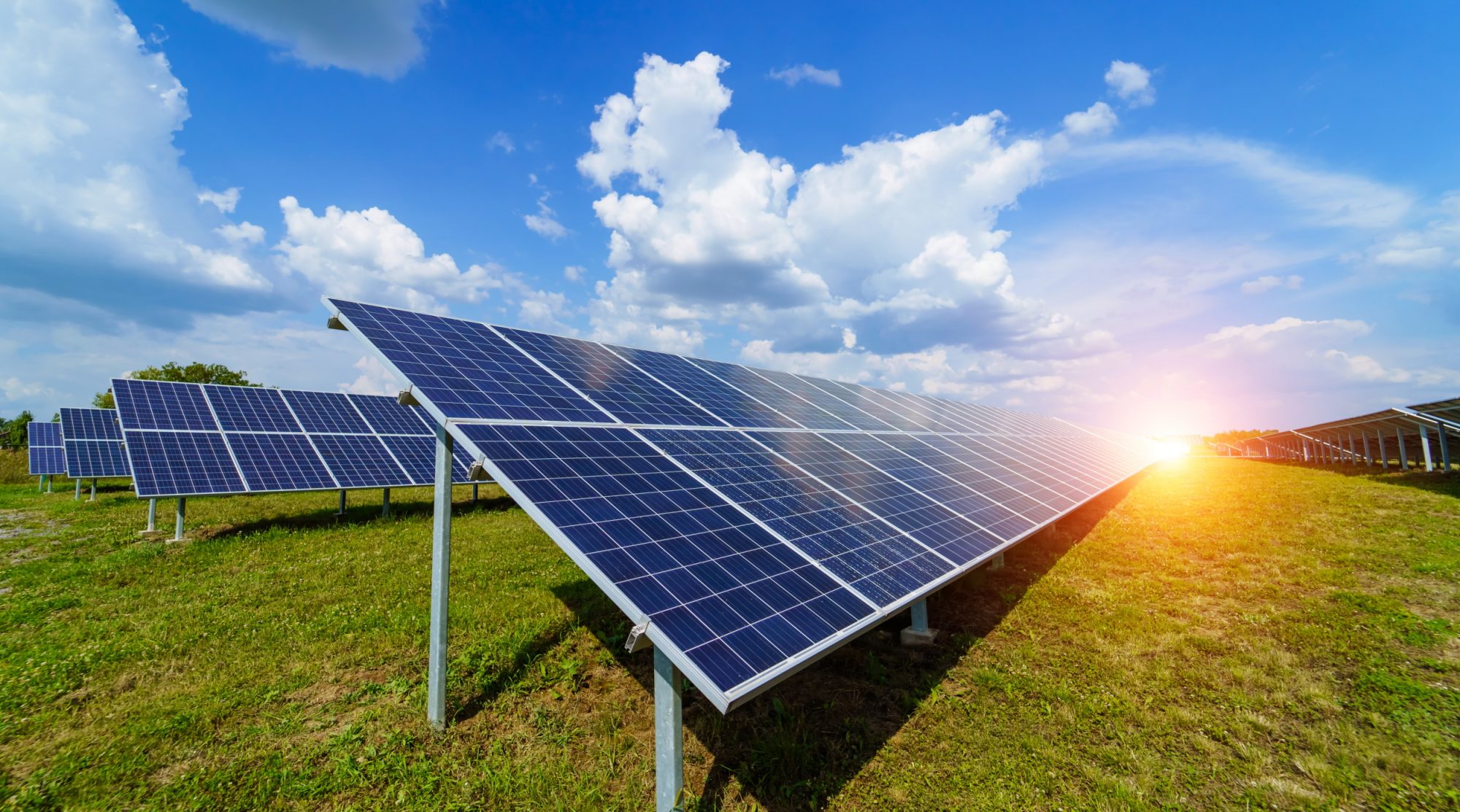 ADVANTAGES AND BENEFITS OF SOLAR ENERGY

The solar power plant uses a sustainable, ecologically clean and renewable energy source as a fuel for electricity production: solar radiation, which does not burden the environment and the atmosphere with greenhouse gas emissions.

The process of building a solar power plant

As with any energy facility, certain rules apply to solar power plants as well; from the original plans to their location, construction and connection to the electricity grid.

The building permit is followed by the preparation of project documentation. This determines all the technical characteristics and design of such a project. Project documentation is also an integral part of all applications that must be submitted in the process of obtaining consents and permits.

The most important part, however, is choosing a quality contractor which has all the resources and technical knowledge to carry out such a complex project. Typically, contractors are selected through a public procurement procedure.

The construction of a larger solar power plant over 1 MW of power is completed with a technical inspection, which determines whether the facility was built in accordance with regulations and plans and the issuance of a use permit.