A hydrogen-powered bus drove through Šoštanj and Velenje on Monday, 21 November 2022.  For demonstrative purposes, it made a stop at the Šoštanj Thermal Power Plant (TEŠ), where the HSE group plans to set up, as part of the development of hydrogen technologies, a large hydrogen production facility supported by new local solar power plants. The harbinger of environmentally friendly, zero-emission mobility is on a week-long tour in Slovenia and is part of the accompanying activities of the cross-border North Adriatic Hydrogen Valley project. In this project, the HSE Group cooperates with the company HSE as a leading partner and the TEŠ as a technology partner.

The North Adriatic Hydrogen Valley (NAHV) is an exceptionally important collaborative project involving three neighbouring countries and a consortium of 34 partners from the research and institutional sectors as well as the energy and transport industry. The goal of the project is to establish a cooperation framework for the promotion of hydrogen-based energy solutions and innovation and the proactive implementation of the European Green Deal and the European Hydrogen Strategy. The presentation of the hydrogen-powered bus in selected cities in Central and Eastern Europe is financed by the European Union as part of the JIVE 2 CEE Hydrogen Bus Roadshow project.

The hydrogen-powered bus started its tour of Slovenia in Tolmin, continued it in Nova Gorica and today in Šoštanj, and it will finish its journey on Tuesday in Celje at the Faculty of Logistics of the University of Maribor. Workshops of the H2STUDENT educational and mentoring programme were held in Tolmin, Kanal, Deskle and Šoštanj as part of the tour. At the Šoštanj Thermal Power Plant, hydrogen and hydrogen technologies were presented to a group of pupils of the Šoštanj Primary School today, who assembled models of a hydrogen-powered vehicle.

Tomaž Štokelj, the Director General of HSE, said on the occasion: “The HSE Group is the leading producer of electricity from renewable sources in Slovenia. With projects such as the Hydrogen Valley, we are staying on the set path towards a zero-carbon, while at the same time ensuring the greatest possible self-sufficiency of the country in terms of electricity. Our goal is to become a trendsetter in the field of green transition in the industry, which is of key importance for the functioning of the state and the quality of life of its residents.”

Viktor Vračar, the Director General of the TEŠ, was also happy with the arrival of the hydrogen-powered bus at the TEŠ: “We encourage the first, though big, steps towards the start of regular production and use of hydrogen in large quantities. We have been gaining experience with hydrogen at the Šoštanj Thermal Power Plant for many years, as we already produce hydrogen with alkaline water electrolysis on a daily basis. For the time being it is intended solely for cooling the generator. The energy production facility in Šoštanje has great potential for the implementation of such projects by combining large solar power plants and hydrogen production, including for the needs of the intersectoral connection of energy and transport.” 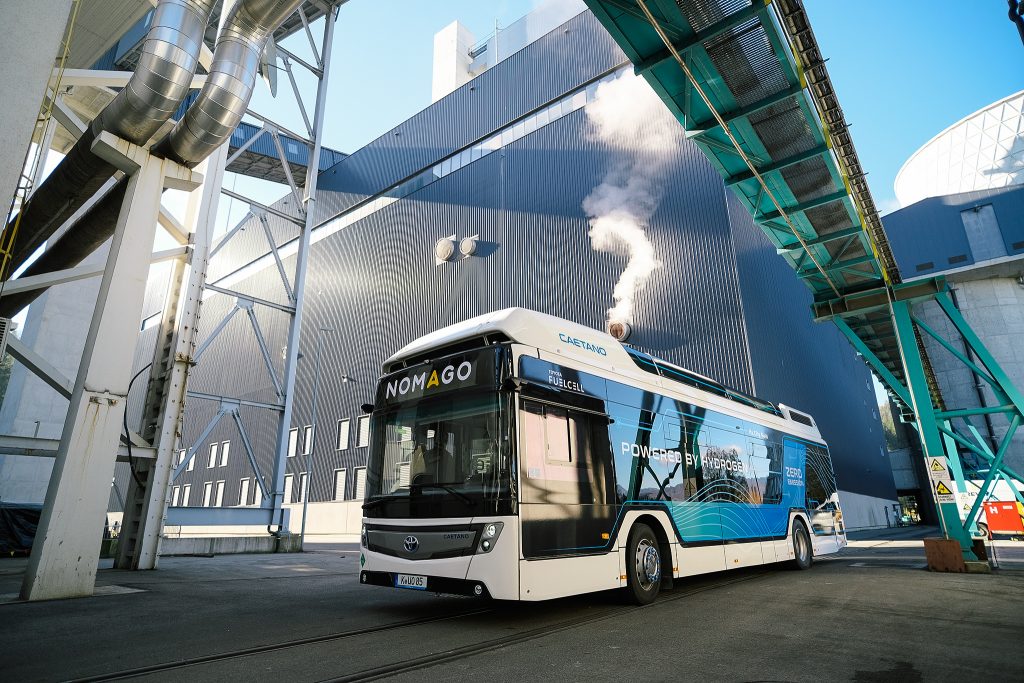 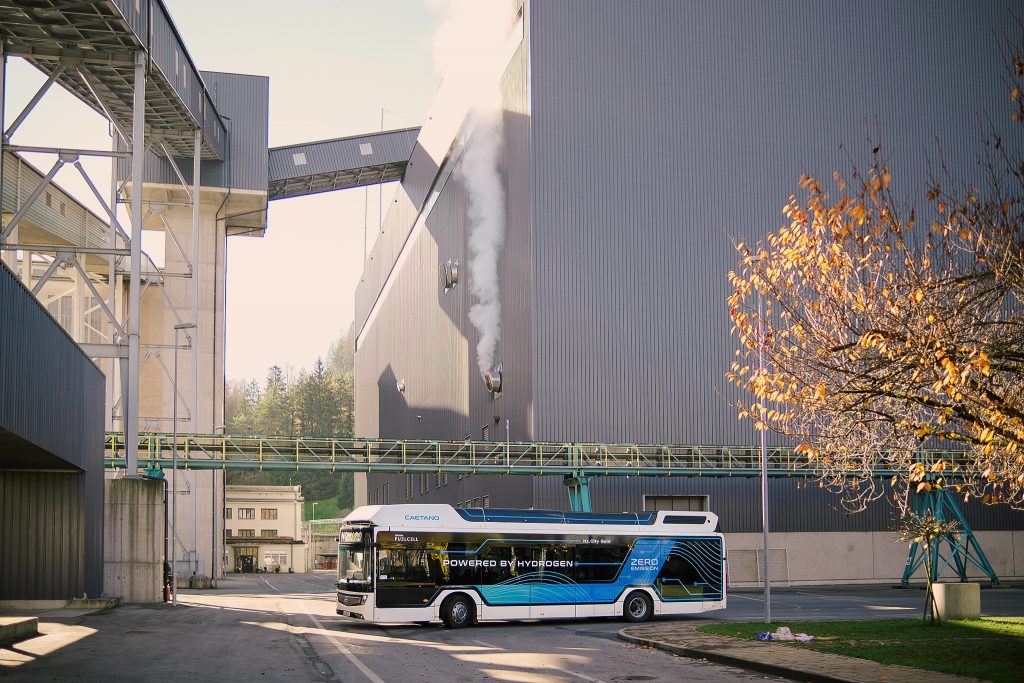 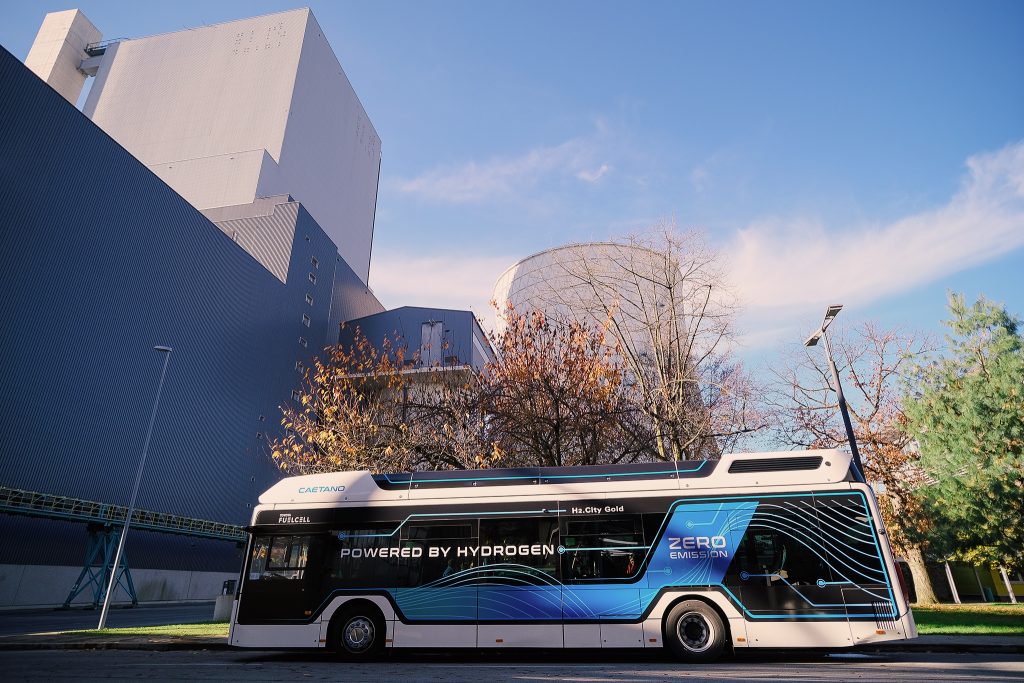 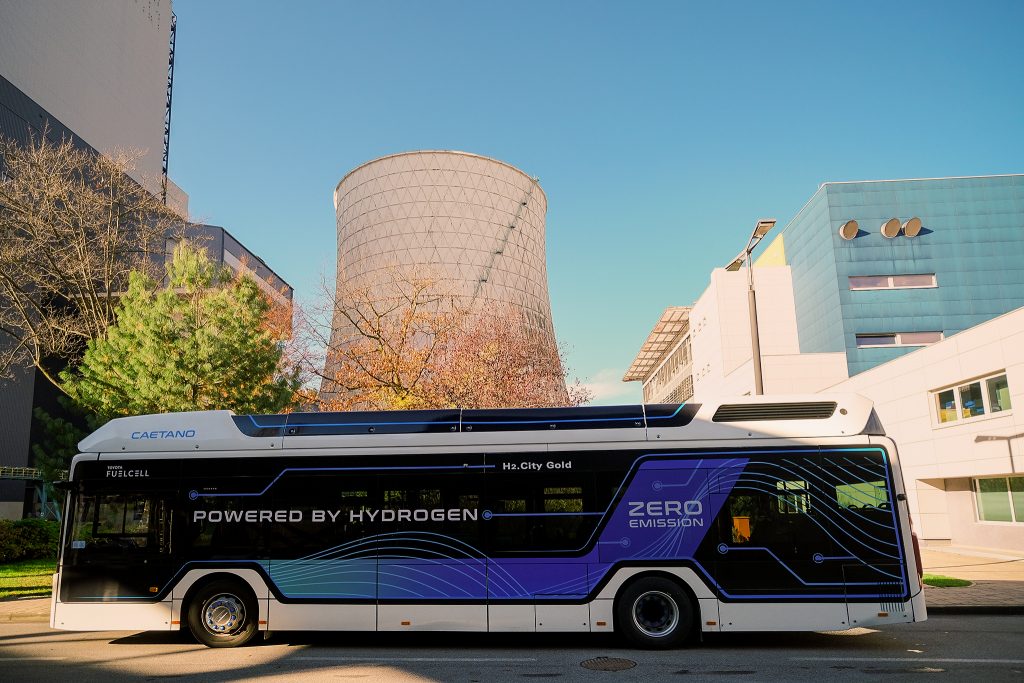