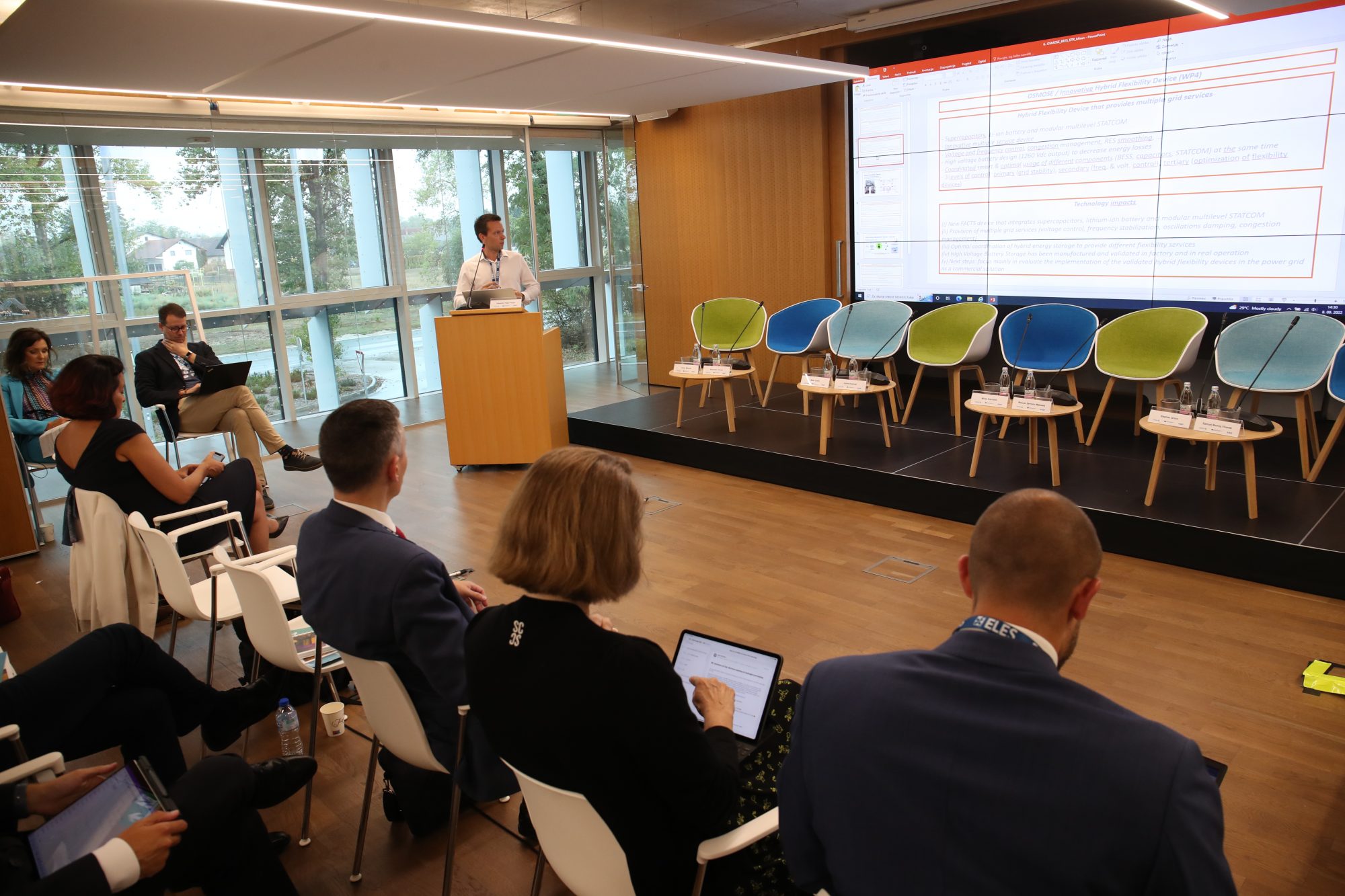 Holding Slovenske elektrarne (HSE) employs a large number of experts who regularly participate in various professional events, either as listeners or lecturers. On September 8, Miran Kavrečič from the Sales and Trading Department presented two achievements of the OSMOSE project at the PCI Summit, which was held at the ELES Technology Centre in Beričevo, in which the HSE was not actively involved. The first is a multifunctional hybrid device that can provide several types of system services (frequency maintenance reserve, automatic frequency recovery reserve, voltage regulation and correction of deviations between the planned and realised schedule of volatile sources). The device consists of capacitors, lithium-ion batteries and a static synchronous compensator, and was developed by the WP4 working group of the OSMOSE project. The second achievement is the flexibility management system from volatile sources (specifically wind fields), industrial consumption and network flexibility, developed by the WP5 OSMOSE working group. The system seeks flexibility in the context of providing voltage regulation from wind turbines, reducing congestion based on dynamic assessment of transmission line capacity and exploiting the flexibility of industrial demand. More about the project can be found at https://www.osmose-h2020.eu/.

On Tuesday, November 13, Miran Kavrečič took part in the presentation of the OSMOSE project as part of the EEM22 conference, sponsored by the HSE. The panel was chaired by Nathalie Grisey, RTE, who was also the project manager. Together with Gorazd Ažman from ELES, they presented the key achievements of the WP6 working group, including the two most important ones: the allocation of free cross-border transmission capacities close to the moment of delivery using live network data and the principle of open offers, in which the pilot market maximises the exchange of energy between participants up to the current network capacity limits.