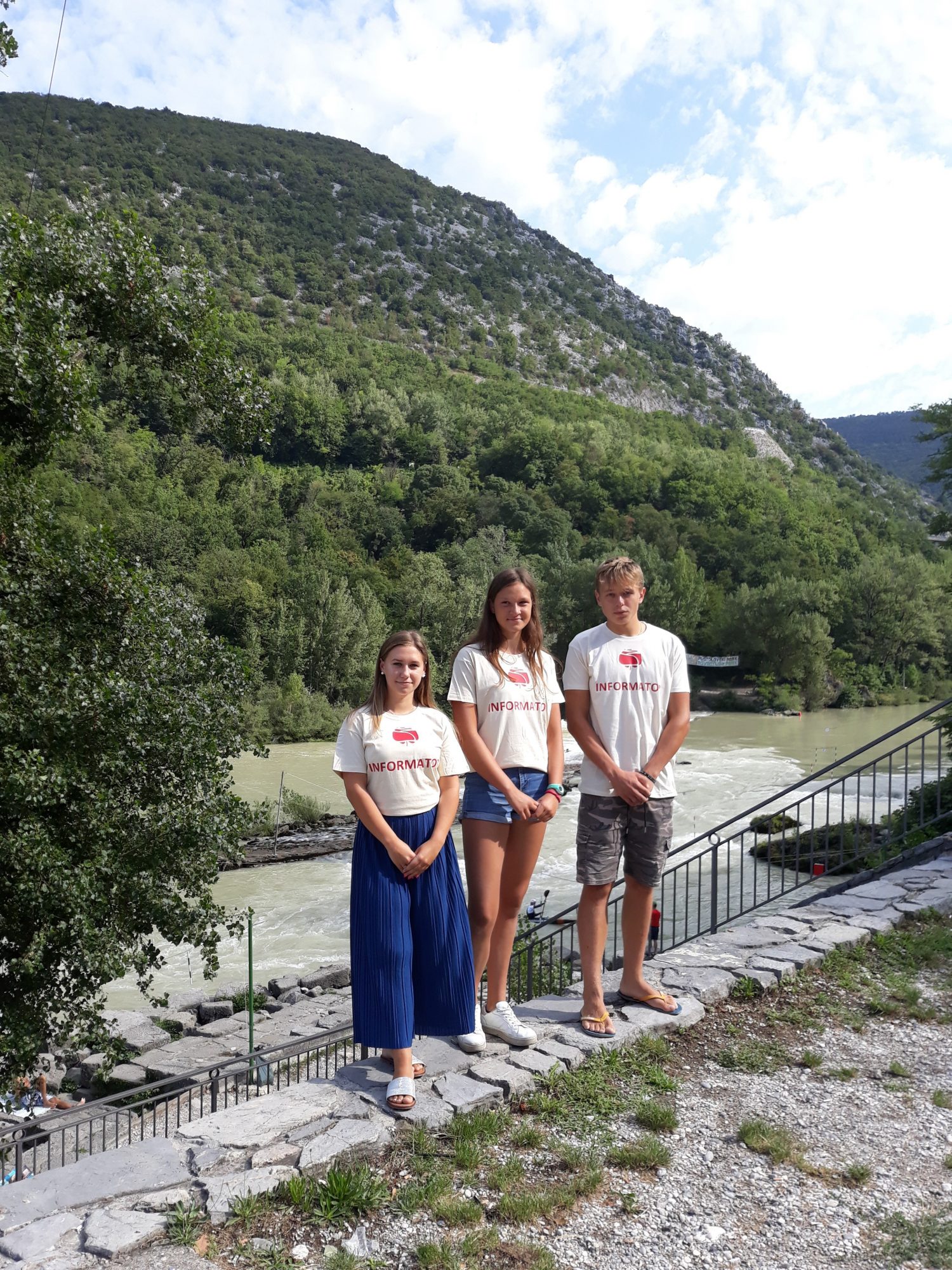 INFORMERS FOR GREATER SAFETY ON THE SOČA IN SOLKAN INTRODUCED TODAY

As of today, informers s started operating on the Soča River in the vicinity of the so-called Old Dam in Solkan. They will inform visitors about the risk of drowning. This is one of the measures envisaged by an agreement for greater safety on the Soča River in the area of Solkan. The agreement has been signed by the Mayor of the Nova Gorica City Municipality, Klemen Miklavič, the director of Soške Elektrarne Nova Gorica (SENG), Radovan Jereb, and the president of the Soške Elektrarne Kayak Club (KKSE), Ivan Zagožen. The signatories stressed on the occasion that there is no absolute protection from the threat of drowning and cannot be because of the nature of the Soča River. The measures and activities implemented to safeguard the public from the threat of drowning are intended only for relative improvement of safety in this area. The agreement reached means a major step forward regarding measures in this section of the Soča. After a test period this year, they will be evaluated and, if necessary, improved by an expert working group.

The Old Dam location near Solkan is a traditional bathing spot, but not an official bathing spot as determined by regulations, which means that people bathe in that area at their own risk. To the best of their abilities and in good faith, the signatories of the agreement meet the majority of the expectations of the public, political and local and business environment regarding joint cooperation in resolving the issue of protection from drowning in that location. It is an example of best practice and cooperation between SENG, KKSE and the Nova Gorica City Municipality for the benefit of the local community and tourism activity in the mentioned location.

Mayor Klemen Miklavič said after signing the agreement: “We did not start increasing safety on the Soča River in Solkan just today, but have been doing so for some time. The agreement implies harmony between SENG, KKSE, which is the holder of the water right, and the City Municipality, which is concerned about the safety of users, visitors and tourists in this area. This means that after a long informal cooperation, we have also started to act formally. There are more measures, and the City Municipality has also assumed responsibility for disseminating information. The majority of measures have already been implemented by means of posts in the media and on social networks, while new warning signs have also been set up and a steel cable has been suspended over the river bearing a sign showing where the higher level of danger begins. We have set up a rescue platform, and within two weeks we will also set up additional large information panels. This is what the City Municipality has already done. The innovation brought about by the agreement is in the form of informers who will warn the public about the danger, in particular those who are in the area for the first time and thus unfamiliar with the hazards of the river, and draw their attention to the warning signs in multiple languages that tell them what they should pay attention to. They will also warn about the proximity of a hydro power plant, because the majority of visitors who are there for the first time, especially foreigners, are not aware that there is such a facility on the river. They will be informed that the rate of flow that they see at a certain moment is not constant but subject to change.”

Radovan Jereb, the director of Soške elektrarne Nova Gorica said: “The agreement we have reached is a result of constructive cooperation between the City Municipality, SENG and KKSE. We assess that the measures are positive, that they meet the expectations of visitors to the Old Dam in Solkan and the broader local community. The signatories believe that the measures will provide for greater safety in this area. I have to emphasise that this is not a regulated bathing site and that there will never be absolute safety in this area. Based on results recorded until 31 August, the working group will take additional steps towards increasing the safety of visitors in the Old Dam area.

At the end of the summer season, the signatories will perform a joint analysis of the measures introduced and examine options for potential measures before the next season. Based on an analysis of the measures taken this year, the working group to which all three signatories will appoint their representatives, will start its work in September and by next season will have prepared starting points for a more lasting solution regarding safety from drowning in the Old Dam location.

The role of the informer, who will be dressed in a white shirt adorned with the logo of the Nova Gorica City Municipality and an inscription reading “INFORMATOR,” and who will be active by the end of August, was outlined by Ivan Zagožen, the president of the Soške Elektrarne Kayak Club: “Our guide will help raise awareness of the visitors to this area, which will significantly contribute to their safety. The main role of the informer will be to inform visitors about the hazards of bathing in this section of the Soča River. The club is happy that such an agreement has been signed. We think that this is a step in the right direction, improving safety while not limiting the numerous activities in this attractive spot and provides a good basis for further cooperation.”

The informer started their work today. They will be at the location every day, including Saturdays, Sundays and holidays, between 10 a.m. and 7 p.m. 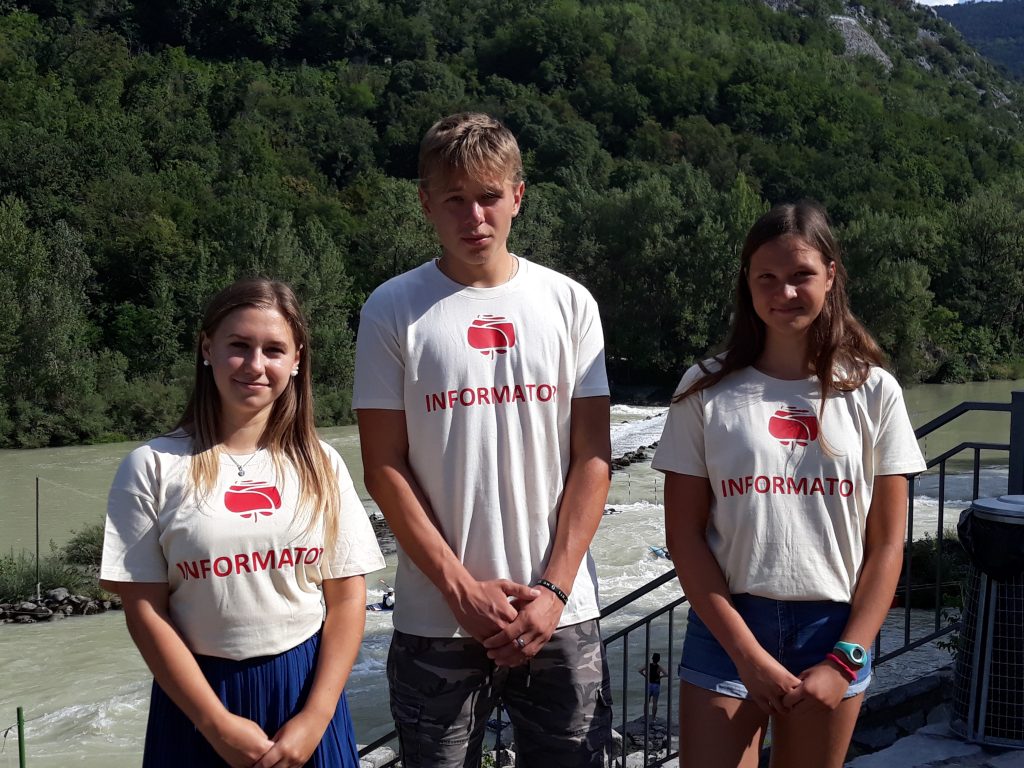 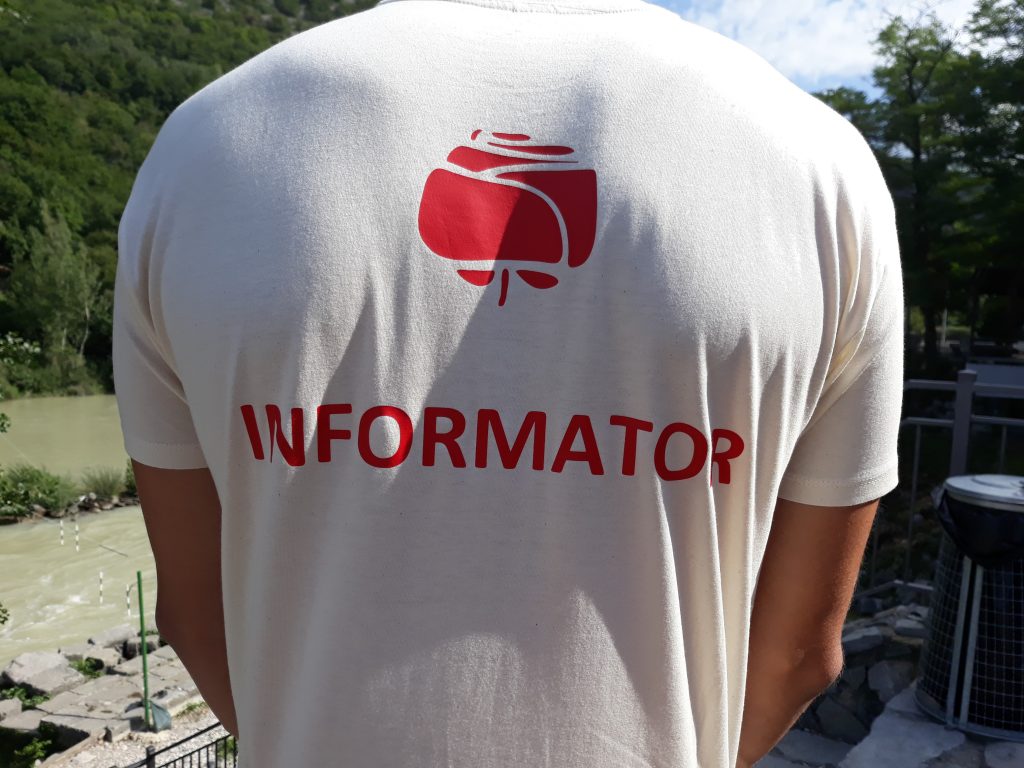 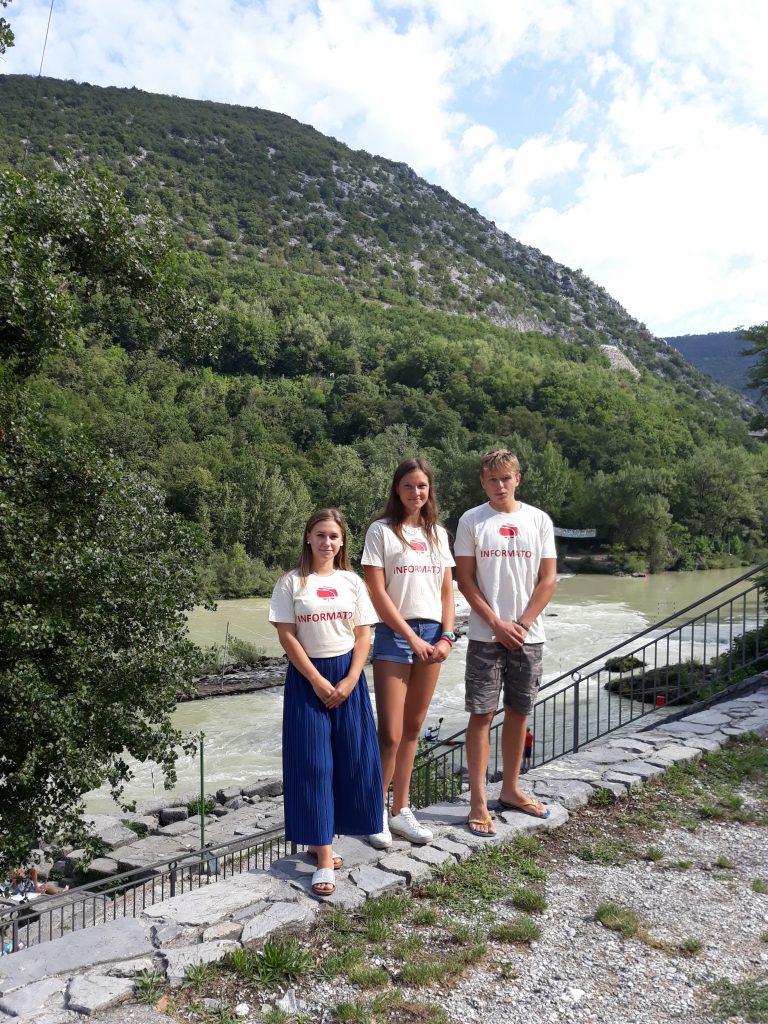 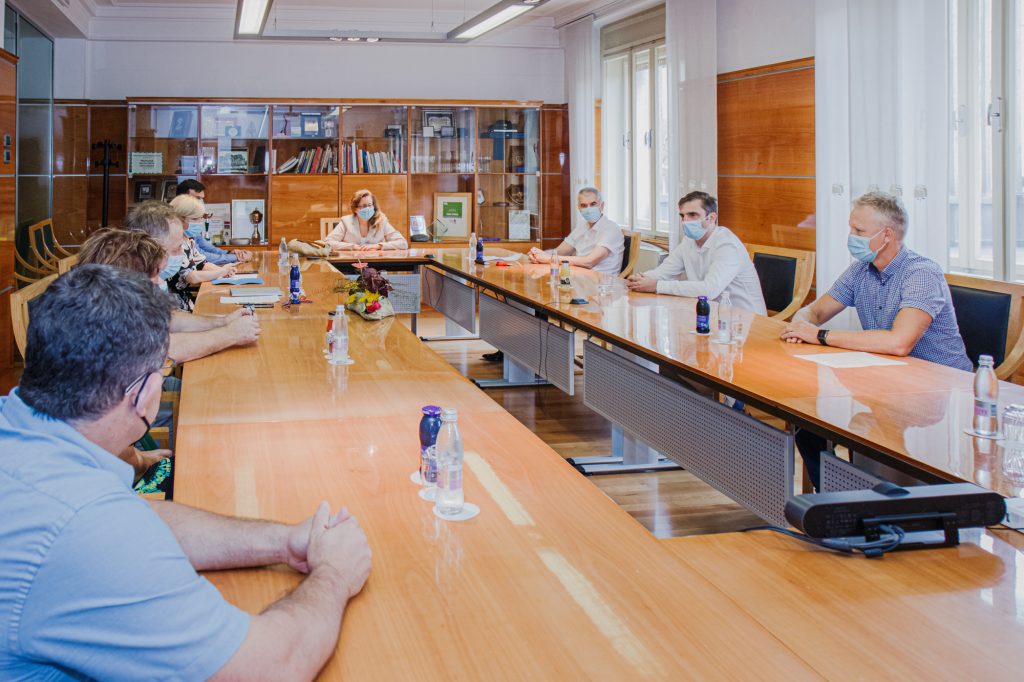 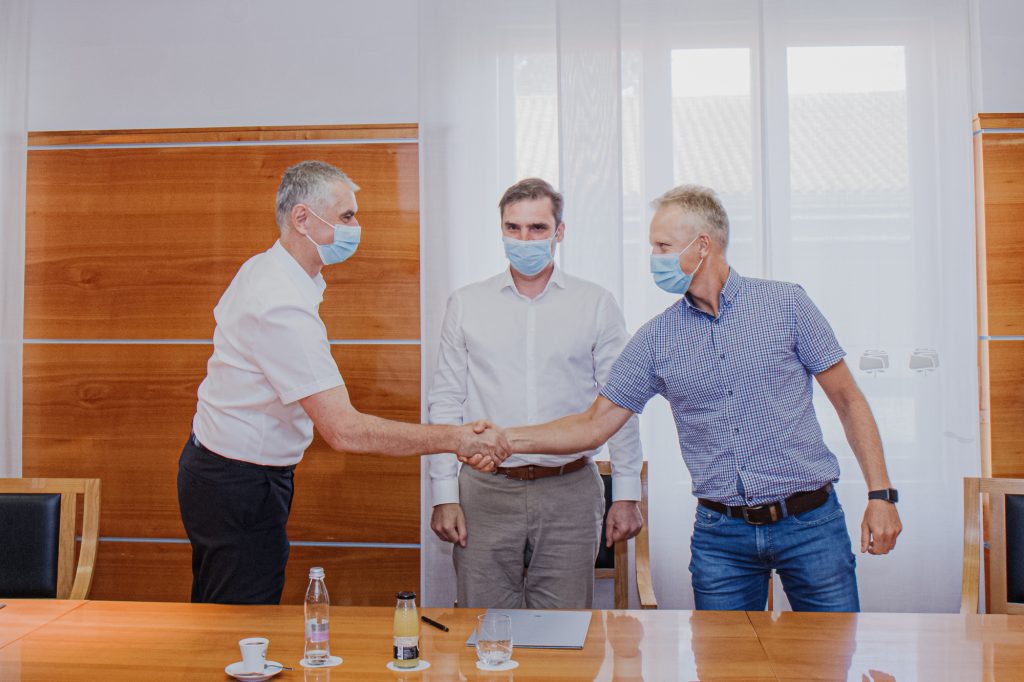 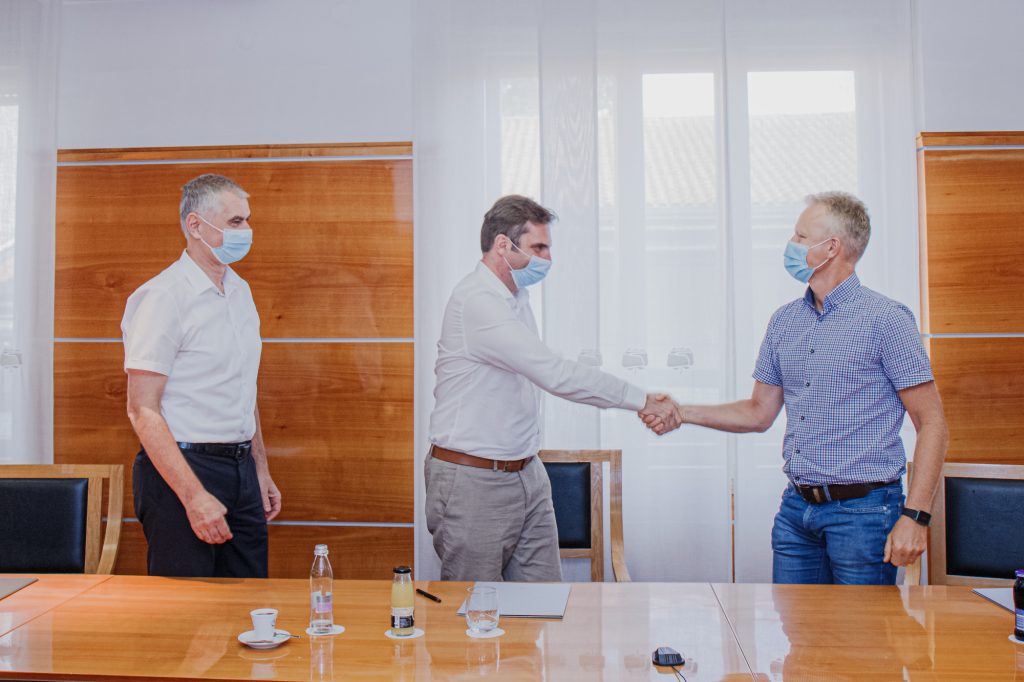