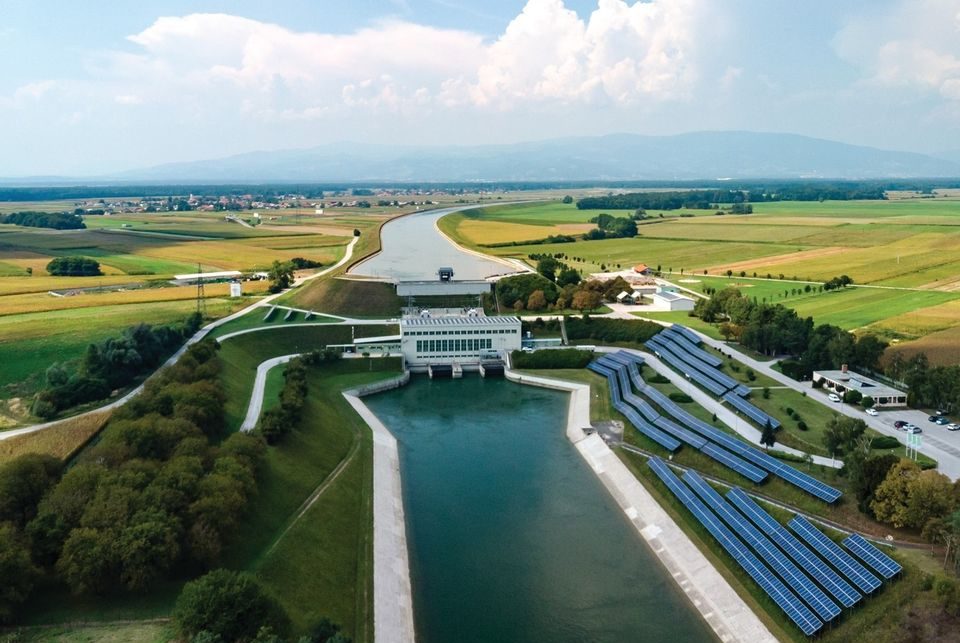 Andrej Tumpej, CEO of the company Dravske elektrarne Maribor, said: “We are reaching the end of one of the most unusual years ever known, one which has taken a lot away from us all, but on the other hand we are richer for new experiences and insights. Favorable hydrology and weather conditions, and above all the high preparedness level of our production facilities, have enabled us to produce approximately 3,150 GWh of electricity this year, which is the third largest production in the company’s seventy-year history. The credit for the excellent preparedness of our hydroelectric power plants goes to the employees who, regardless of the coronavirus crisis and the measures taken to deal with it, performed on-going and urgent maintenance work ceaselessly, as we were all aware that ours is one of the key activities for the proper functioning of society as a whole. “

We plan to install a total of thirteen wind turbines at three different locations in northeastern Slovenia (all three planned projects are in the phase during which the state adopts a decision on national spatial planning, which means that all necessary studies have begun to provide clear answers regarding the actual possibility of installation), and the installation of a 30 MW solar power plant on the inlet and outlet channels of the Zlatoličje and Formin hydropower plants.  We are also relying heavily on the possibility of setting up geothermal power plants. This year, the potential of deep geothermal energy was identified with a comprehensive map. We found that the thermal potential and structure of deep porous layers in some locations could be suitable for electricity production. For smaller production plants, it is also possible to exploit so-called deep dry boreholes with geo-probes. Abandoned gas/oil boreholes represent additional potential for electricity production. The company’s development projects also include electricity storage devices to reduce production deviations. We also support the construction of the Kozjak pumped storage power plant, when the economy will allow it and the electricity system requires it. Specifically, if we build only a part of the planned three thousand megawatts of solar power plants at the state level, we will need a very large electricity storage capacity.

The new Cirkovce-Pince power line is also a welcome development for the pumping power plant project, which will additionally connect Slovenia with the Central European area, where we can find potential partners who need storage tanks, but whose countries do not have such facilities. Last but not least, given that the Drava River is energy efficient, we are continuing to set up small hydropower plants on its tributaries and other suitable smaller watercourses.

The above-mentioned projects, in addition to the ongoing work, justifiably fill us with joy and hope that the situation next year will enable us to celebrate the 70th anniversary of the company Dravske elektrarne Maribor. Above all, we are filled with the desire for the realisation of the mentioned projects, which will enable us to provide our descendants with at least as much energy independence as our grandfathers and fathers have experienced.