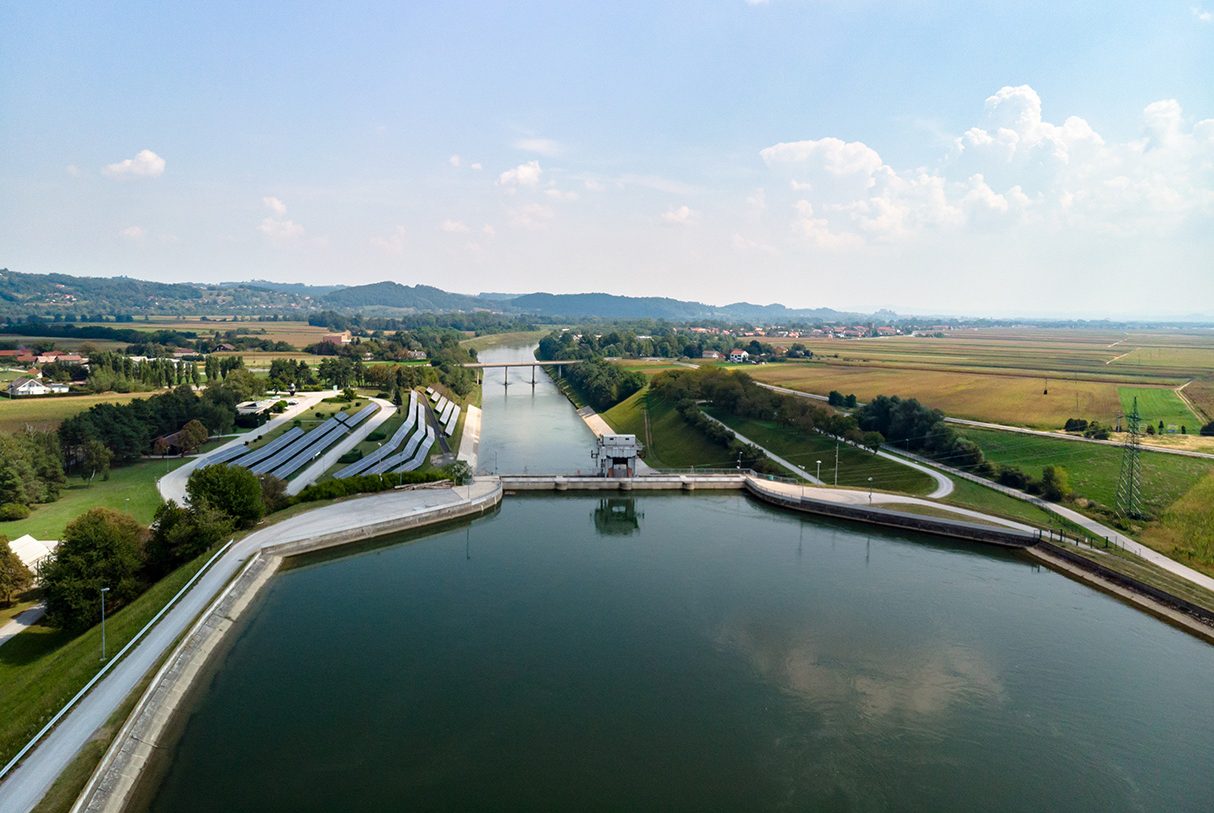 DESPITE THE POOR HYDROLOGICAL CONDITIONS IN RECENT MONTHS, DRAVSKE ELEKTRARNE MARIBOR REACHED ITS ANNUAL PLANNED PRODUCTION ALMOST A MONTH BEFORE THE END OF THE YEAR

Media centre / Press releases / DESPITE THE POOR HYDROLOGICAL CONDITIONS IN RECENT MONTHS, DRAVSKE ELEKTRARNE MARIBOR REACHED ITS ANNUAL PLANNED PRODUCTION ALMOST A MONTH BEFORE THE END OF THE YEAR

On 4 December, the company Dravske Elektrarne Maribor, the largest producer of electricity from renewable sources in Slovenia, achieved this year’s planned production of 2,793,477 MWh of electricity.

Aleksander Brunčko, the director general of Dravske Elektrarne Maribor, said on the occasion that: “We are happy that, despite the poor hydrological conditions in the last three months, which followed above-average hydrological conditions, we managed to reach the annual production target almost a month before the end of the year. The result is an additional indicator of the excellent preparedness of the eight large hydro power plants on the Drava River.”

In addition to the above-mentioned, which includes maintenance of the high preparedness of the existing production units, we also carry out research and activities on projects designed to yield additional production of electricity from renewable sources, with a particular focus on solar, wind and geothermal energy and electricity storage facilities.

In August, construction work began on the installation of a 2.7 MW solar power plant on the location – the outflow canal of the Zlatoličje Hydro Power Plant, which is expected to be completed in the first quarter of next year; this will be followed by the power plant being connected to the electricity grid. Next year, we will continue with the siting of other segments of the solar power plant, which will have a total capacity of 30 MW and stand on the inflow and outflow canals of the Zlatoličje and Formin hydro power plants. At the same time, in cooperation with various partners, we are looking for additional suitable locations outside our facilities where we can install solar power plants.

As part of the project to install a total of thirteen wind turbines at three different locations in north-eastern and south-eastern Slovenia, the required studies for the drafting of environmental reports are expected to be completed next year, and these will serve as the basis for the final decision on actual construction.

The company’s development projects include electricity storage facilities that will enable us to adapt production to the requirements of customers to a greater extent and ensure the reliable operation of the electricity system by providing quality system services. We believe in the necessity of constructing the Kozjak pumped-storage power plant, as the electricity system will require this facility in the future. If we build only a part of the planned three thousand megawatts of solar power plants at the national level, as well as other renewables though volatile production sources, we will need a very large electricity storage facility. The pumped-storage power plant will also be an energy facility of interest for the broader Southeast Europe region.

Finally, given that the Drava River has been exhausted in terms of energy, we continue to set up small hydro power plants on its tributaries and other suitable smaller watercourses.

“As a result of the research carried out in recent years, prepared projects, and outlined strategy, we are heading into a very investment-intensive period. We are aware of the commitments given by the state regarding the increase in electricity production from renewable sources and of our responsibility to the economy and households as a producer of safe and reliable electricity, both from the existing units and from the newly-built ones”, added Aleksander Brunčko, the director general of Dravske Elektrarne Maribor.