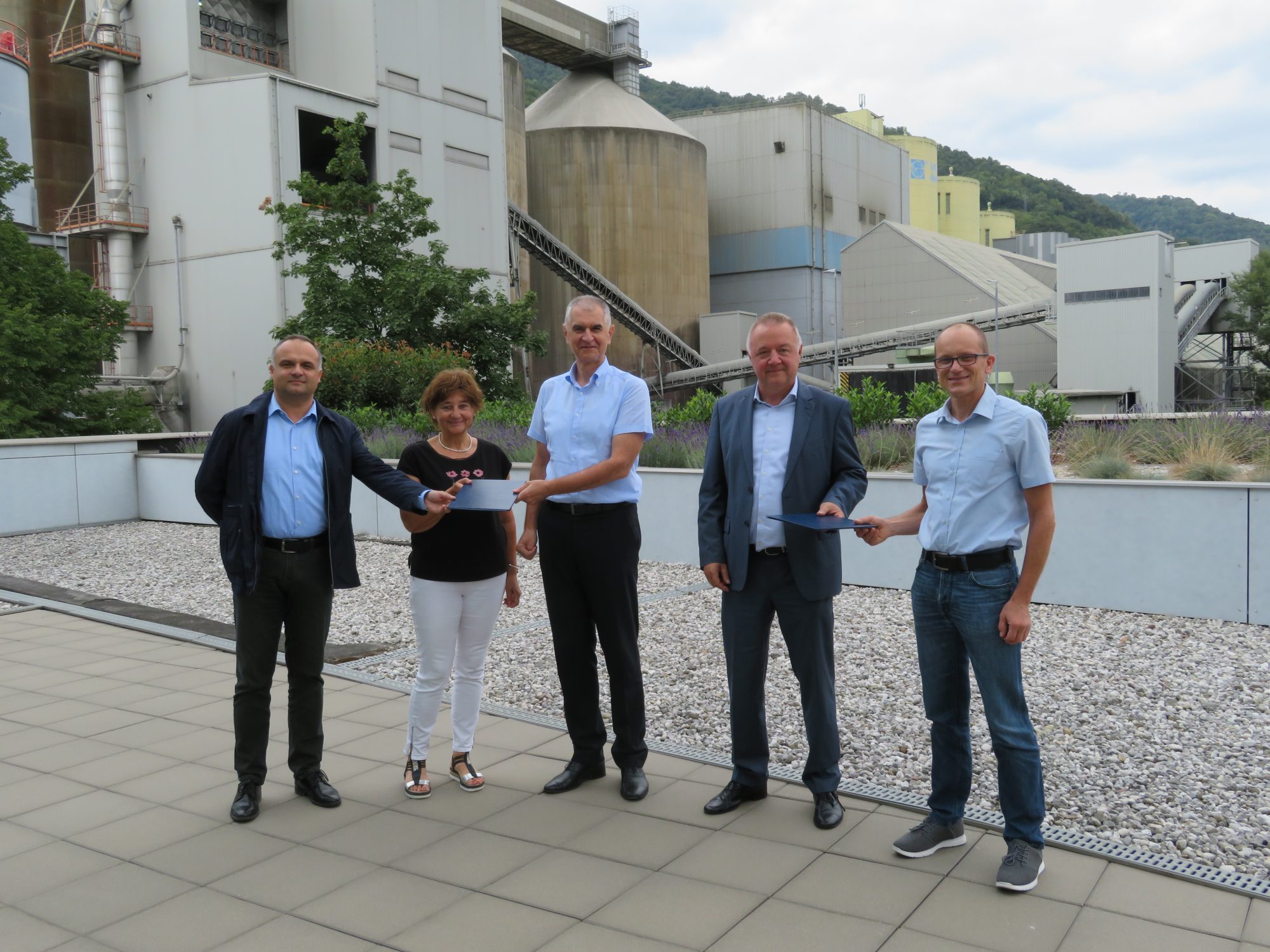 Representatives of the companies Soške Elektrarne and Salonit Anhovo have concluded an agreement to examine the possibilities of cooperation in the field of renewable energy sources. They plan to install a solar power plant and technology for the production of hydrogen.

“The company Soške Elektrarne Nova Gorica, which is one of the affiliated companies of Holding Slovenske Elektrarne, is specialised in the production of electricity from a renewable source of hydro power. It was precisely last year when we installed our first solar power plant, on the roof of the engine room of the small Hubelj hydro power plant. We are looking forward to new projects in the field of renewable energy sources and we welcome such forms of cooperation with companies in the region,” said Radovan Jereb, the director of Soške Elektrarne Nova Gorica (SENG).

Tomaž Vuk, a member of the Management Board of Salonit Anhovo, said on the occasion: “Our strategic goal is to decarbonise the production of cement, and this includes the use of energy from renewable sources – solar energy and hydrogen generated from renewable sources. We have recently announced development plans which we are already implementing while concluding strategic partnerships with companies with similar visions in the direction of green transition.”

RENEWABLE ENERGY SOURCES FOR BETTER QUALITY OF THE ENVIRONMENT AND LIFE

For Soške Elektrarne Nova Gorica, which operates as many as 29 hydro energy facilities throughout the entire Soča basin, responsibility to and respect for nature is featured in all fields of its work. Strict environmental standards and all principles of sustainable development are always taken into account in the energy utilisation of the hydro power potential of the Soča River and its basin, while the projects and investments implemented so far have been multi-purpose in nature. Hydro power plants are much more than just production facilities – they serve as water reservoirs in dry periods and retain water during floods, and the reservoirs of hydro power plants on the Soča are sources of drinking water and also serve as fish farms and areas for tourism and recreation. Since 2020, SENG has also been producing renewable electricity by utilising solar energy. Specifically, the first solar power plant under the auspices of SENG started operating that year. Transition to a low-carbon society is possible only with a prudent and sustainability-oriented development policy.

The signing of the letter of intent with the company Salonit Anhovo on cooperation in the field of renewable energy sources confirms the commitment of SENG to responsible and environmentally friendly conduct. The siting of new facilities for the production of electricity from renewable sources is, meanwhile, a major step towards the transition to a low-carbon society.