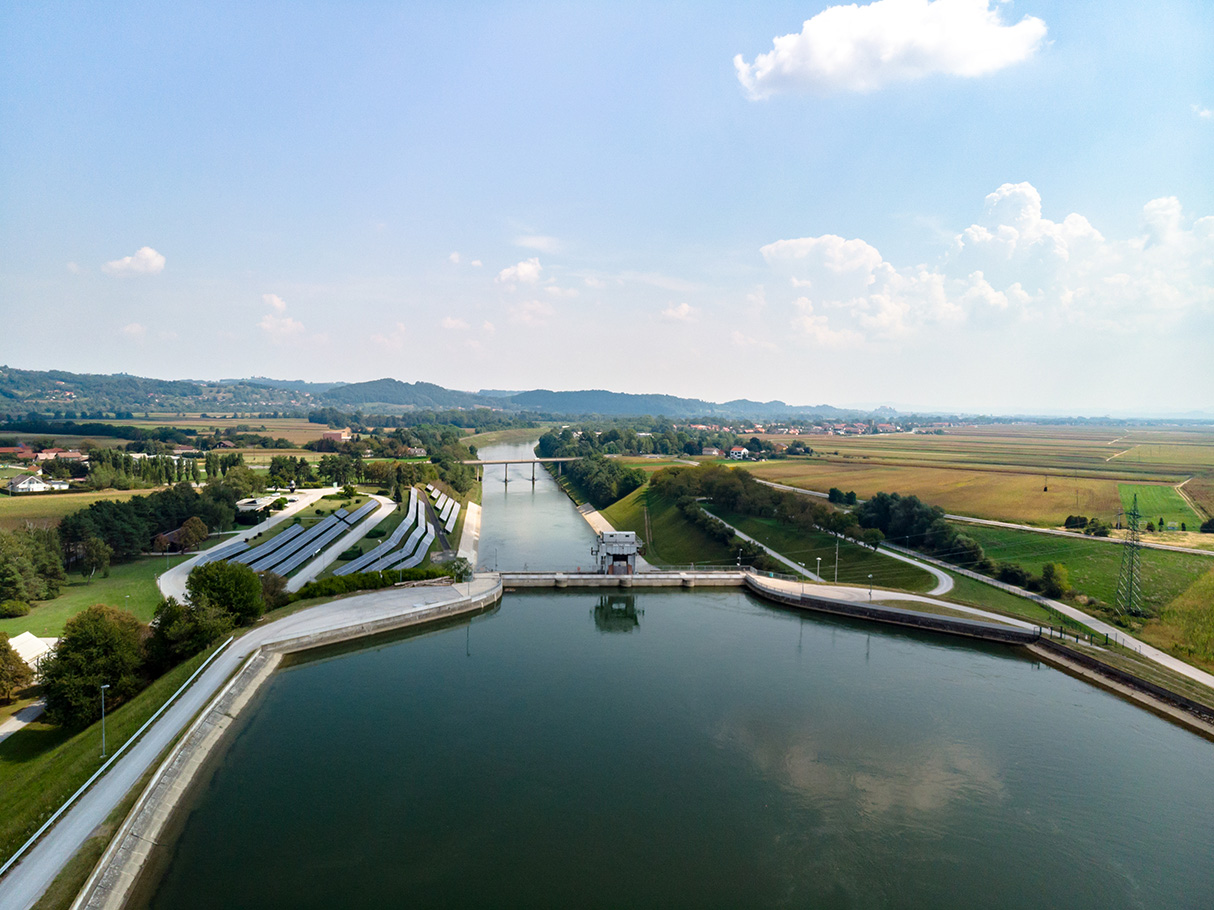 – In 1918, the Slovenian part of the Drava River was dammed for the first time – with the construction of the Fala hydroelectric power plant – and in 1978 for the last time – with the construction of the Formin hydroelectric power plant. In the mid-1960s, in addition to the two mentioned above, six large hydroelectric power plants were built on the river. In the early years, the first power plants operated as independent business units. The idea of merging the power plants on the Drava River into a single company first appeared in 1950. The collectives of individual power plants accepted the idea very differently, as the workers were mostly satisfied with the situation at the time. The initiative, of course, did not come from collectives, but from political structures. The Conference on the Establishment and Organisation of a New Directorate for the Drava Power Plants Dravograd, Vuzenica, Fala and Mariborski otok was important for its realisation and the plant directors and other associates, as well as representatives of works councils and boards of directors, were also present. The key role was played by the Minister, who presented to those present the importance of merging power plants and the positive effects of this. In the discussion, representatives of the power plants were very critical of the proposal and expressed many concerns. Due to the public vote, despite more or less covert opposition to the merger, the result of the vote was convincing, with eleven votes in favour and one against. Later, they were separated again, and then a decade later reunited. 1 October 1951 was recorded as the birthday of the company Dravske elektrarne Maribor.

Even though they are not the youngest after years of existence and operation, they are still full of energy and plans for the future. As the Drava River is used for energy, new projects are being designed to exploit other renewable sources for electricity production. Specifically, trends indicate the need to achieve a reliable and secure electricity supply in a cost-effective way. The goal of increasing the competitiveness of Dravske elektrarne Maribor and the HSE Group requires management and comparability of costs with competitors and market requirements in all areas of operation and development of energy companies, both in operation, maintenance, trade, investment, development and introduction of new services. In accordance with the latter, they carry out works and plan projects in the following areas:

Dravske elektrarne Maribor is aware of the commitments made by the state regarding the transition to a low-carbon society, and they are aware of the responsibilities regarding safe, reliable and sufficient electricity production, to present and future generations. At the same time, they do not forget to take care of the natural environment in which are situated power plants that are constantly maintained and upgraded or updated to remain in harmonious co-existence with the life of plants, animals and people. Throughout history, society has also paid special attention to the social environment with which it coexists and shares space. Funds, which are not insignificant, are allocated each year to support numerous events and organisations in more than twenty municipalities along the Drava River. They pay special attention to humanitarian and charitable events and associations that strive for a better everyday life for the weaker members of the locality. And in order to turn on a brighter light, a donation of ten thousand euros to mark its anniversary was presented to the Maribor Youth Centre, where live children and adolescents who have emotional and behavioural problems and who for various reasons cannot live with their parents in their family homes.

Andrej Tumpej, director of Dravske elektrarne Maribor, stated: “In society, we are aware that we invest a lot in the environment and the community, but we also receive a lot. The river we manage in terms of energy has been generous to all of us. We pay special attention to those who are less fortunate emotionally and materially, and we believe that with today’s donation, as well as with all the others we have presented over the years, we make every day at least a little better. Our goals in all areas, from the maintenance and upgrading of the core business, to environmental and social responsibility, are set high, but we are convinced that they are achievable.”

In order to present the company and its activities to the general public, the exhibition Drava, a River as Big as Life – History and Significance of Dravske elektrarne Maribor for the Region and the Country was opened today at Leon Štukelj Square in Maribor.