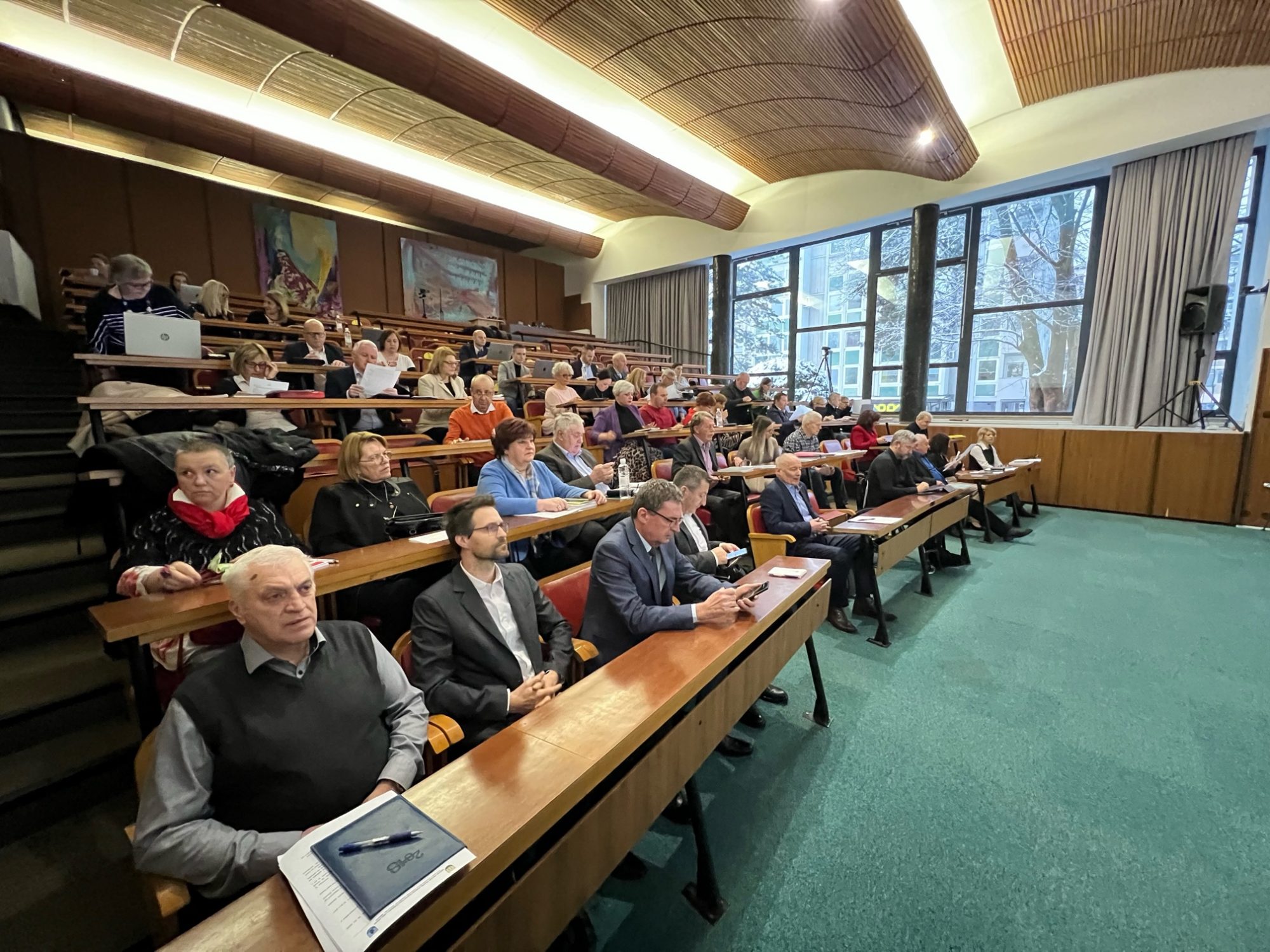 BY USING IMPORTED COAL, THE VELENJE COAL MINE ENSURES THE GREATER OPERATIONAL RELIABILITY AND STABILITY OF PRODUCTION IN THE ŠOŠTANJ THERMAL POWER PLANT (TEŠ)

Last July, the Government of the Republic of Slovenia declared a level 1 risk in electricity production and ordered that the strategic reserves of energy products be increased within the Slovenian power system. In accordance with these guidelines, the Velenje Coal Mine, together with Holding Slovenske Elektrarne (HSE) and the Šoštanj Thermal Power Plant (TEŠ), started examining the possibility of importing additional coal, which, together with lignite from Velenje, would ensure the greater operational reliability and stability of production in the TEŠ. On Monday, 16 January 2023, representatives of all three energy companies met again with representatives of the local initiative on the premises of the Šoštanj Thermal Power Plant, and on Tuesday, 17 January 2023, they attended a meeting of the Council of the Velenje Urban Municipality, at which the councillors were acquainted with the procedures and the current situation regarding the imports of foreign coal into the Šalek Valley.

“Together with the TEŠ and HSE, the Velenje Coal Mine has so far held many meetings both with the local community and the Committee for Civilian Control of the Co-incineration of Foreign Coal in the TEŠ, as well as with representatives of the Pesje local community, which is the most affected by the current loading dock for coal shipments,” said the Director General Marko Mavec, adding that the possibility of relocating the entire loading dock from the current location in Pesje to the industrial area of ​​Velenje Coal Mine is being examined and coordinated. The local community has also been informed about this plan. “Our priority is to relocate the loading dock as soon as possible. The Velenje Coal Mine has always been a responsible entity in the Šalek Valley and will continue to be so in the future. We are aware that mining is a demanding industry, but we are also aware of its impact on the residents.”

Mavec also said that due to problems with coal extraction and the shortage of underground area, only 2.36 million tonnes of coal was extracted from the Velenje Coal Mine last year, which was not enough to satisfy the needs of the Šoštanj Thermal Power Plant. “For this reason, the goal has been set to increase coal production for this year and next year.”

The Director of the Velenje Coal Mine, Janez Rošer, presented the activities of the project to move the existing loading dock to a new location: “The original location was chosen solely because it was the only one that enabled such activities at that moment in the shortest possible time. The area of the mill and separation plant was also intended for the transport of coal in the past, while at the moment it is part of the solution to the energy crisis faced by Slovenia and the whole of Europe. The procedures for the relocation are already under way. Last week we had a meeting with the railway operator Slovenske Železnice to agree on activities and commit ourselves to solving this problem as a matter of priority. The new location is planned in the industrial area of ​​the Velenje Coal Mine, between the coal stockpiles and the premises of the subsidiary PLP.”

Based on the environmental and technological acceptability of coal for the needs of the TEŠ, the Velenje Coal Mine made an inquiry at the end of September 2022 about the possibility of importing foreign coal to add to lignite from Velenje. Two contracts for the import of Indonesian coal have been signed so far on the basis of the preliminary testing of the coal and the drafted suitability study. “To date, approximately 58,000 tonnes of coal has been brought, and today’s trainload makes it a total of 60,000 tonnes,” added Rošer.

Imported coal also requires a lot of coordination regarding logistics. The Indonesian supplier delivers it by ship to the Port of Koper, from where it is delivered by rail to the location in Pesje.

Regarding the entire process of importing coal, we would also like to note that the Šoštanj Thermal Power Plant is adapted to the burning of lignite from Velenje, so it is impossible to completely replace the coal from the Velenje Coal Mine. Imported coal can only be added to lignite from Velenjete in a certain ratio.