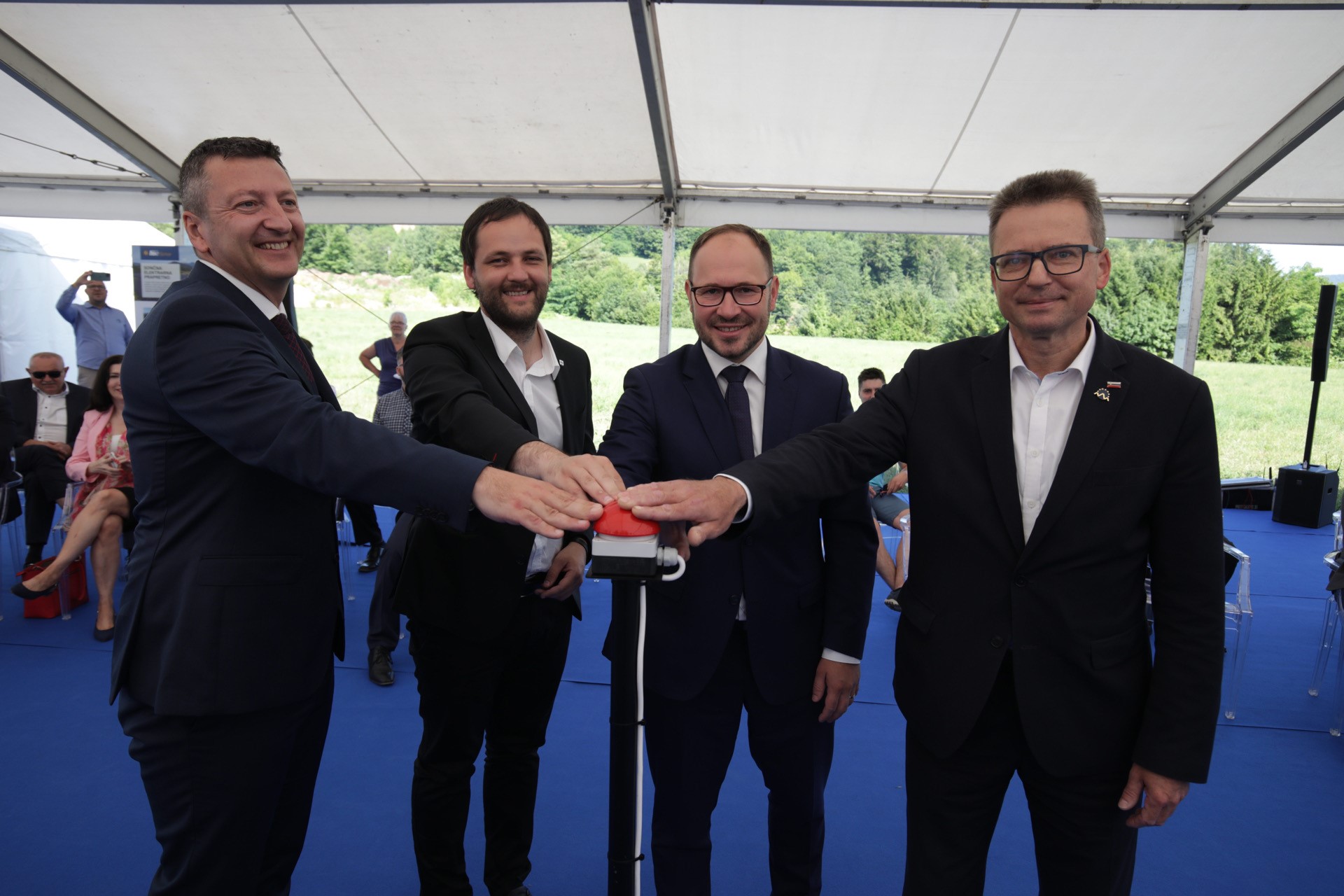 Holding Slovenske elektrarne, the largest Slovenian producer of electricity, including from renewable sources, can today add to its achievements the project of building the largest solar power plant in Slovenia. The foundation stone for the 3,036-megawatt solar power plant was laid in Prapretno near Hrastnik by the General Manager of HSE, Viktor Vracar, PhD, the Minister of Infrastructure, Jernej Vrtovec, the Mayor of Hrastnik, Marko Funkl and Zvonko Černač, Minister of the Service for Development and European Cohesion Policy of the Slovenian government. The event was also attended by Blaž Košorok, State Secretary of the Ministry of Infrastructure of the Republic of Slovenia, and Andrej Čuš, State Secretary of the Ministry of Economic Development and Technology.

The investment in the Prapretno solar power plant is part of the recent wave of construction of new electricity production facilities utilising renewable sources, a trend which is also compliant with the guidelines of strategic documents at the state level. The power plant will be located on the reclaimed and closed part of the Prapretno non-hazardous waste landfill and is a good example of reviving a degraded site: not only because the Trbovlje Thermal Power Plant, which was considered an ecologically unfriendly facility, formerly operated on this site, but also due to the location being compliant with EU guidelines for reducing the country’s carbon footprint.

With this project, the HSE Group is exploiting all internal potentials, as it will be fully implemented with resources within the group: project documentation and the obtaining of a building permit was carried out by HSE Invest, and the investor is the company HSE d.o.o., which coordinates all project activities. The total estimated investment value of the installation of the Prapretno solar power plant with all associated equipment is EUR 2.5 million without VAT. The procedure for obtaining a valid building permit was completed in May 2021, and the start of operation and thus the first production of electricity is planned for this year. The construction of the Prapretno solar power plant is an example of good practice that combines the knowledge and potential of the HSE Group and their contribution to raising the proportion of renewable energy sourced from solar power plants, not only in the HSE Group’s production portfolio, but in Slovenia as a whole.

“We in the HSE Group already have experience in the field of solar electricity production. There are currently five solar power plants operating under our auspices, and the sixth, the Prapretno solar power plant, will be the first in Slovenia to generate more than one megawatt of power and to have received a building permit,” emphasised Viktor Vračar, PhD, General Manager of the company HSE. He also said that HSE’s mission is to continue intensively investing in reliable and environmentally friendly sources of electricity. “As such, it is in all respects in line with the guidelines dictated to our country by the so-called green transition.”

The mayor of Hrastnik, Marko Funkl, is also satisfied with the construction of Slovenia’s largest solar power plant in Zasavje. “I am happy that energy continues to be generated in Zasavje and, above all, that it will be green. I wish to bring as much investment as possible to the valley and thus contribute to the development of the economy,” he added.

According to Zvonko Černač, Head of the Service for Development and European Cohesion Policy, the fact that the solar power plant will be located in the degraded area is an exceptional success: “Slovenia is a geographically small country, but we are a large nation when judged by our exceptional achievements in the scientific, cultural and technological fields, as evidenced by today’s event. By installing a solar power plant here, we are also proving how important and successful the rehabilitation of a degraded area can be,” he asserted, adding that Slovenia is clean, green and smart and will remain so, especially if we take care of nature, conserve natural resources and exploit the technologies that power those resources.

The Minister of Infrastructure in the Government of the Republic of Slovenia, Jernej Vrtovec, also agrees. “The beginning of the construction of the Prapretno solar power plant is a success story with which we are turning a new important leaf in the development of Slovenian energy and society, care for the environment and improving the quality of our lives in general. This is an example of a smart development policy,” he said. “Let the Prapretno solar power plant be our example. We strive to have as many solar power plants as possible in our country as soon as possible.” He also emphasised that they will strive to eliminate unnecessary bureaucratic obstacles in the implementation of such projects and called on all energy companies to contribute to the efficient development of Slovenian energy.

Link to more information on solar projects of the HSE Group: www.hsesonce.si/en 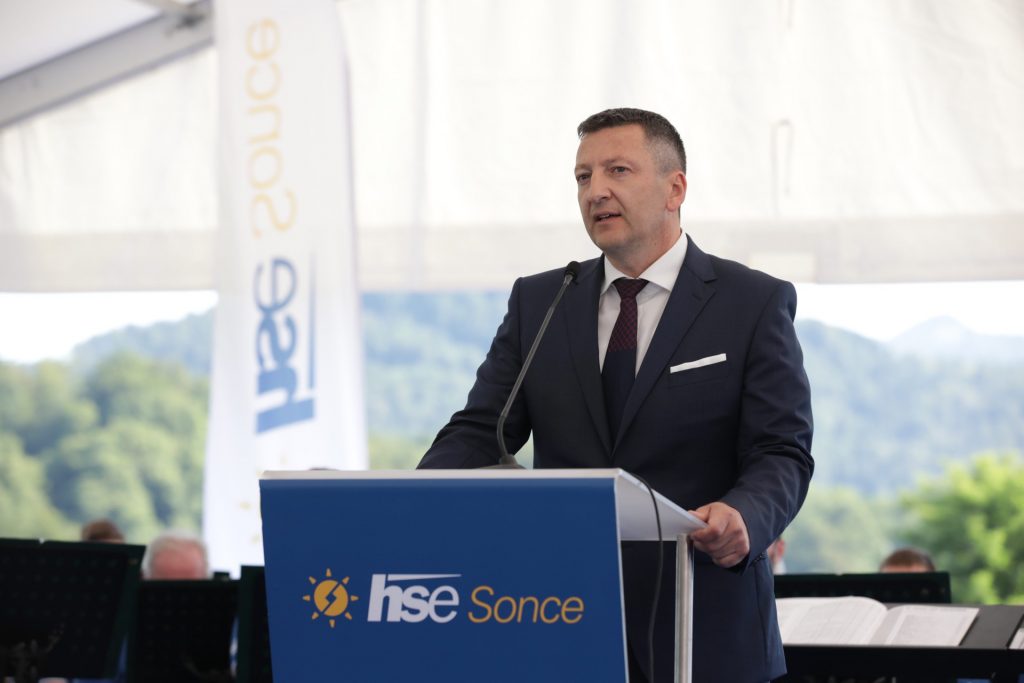 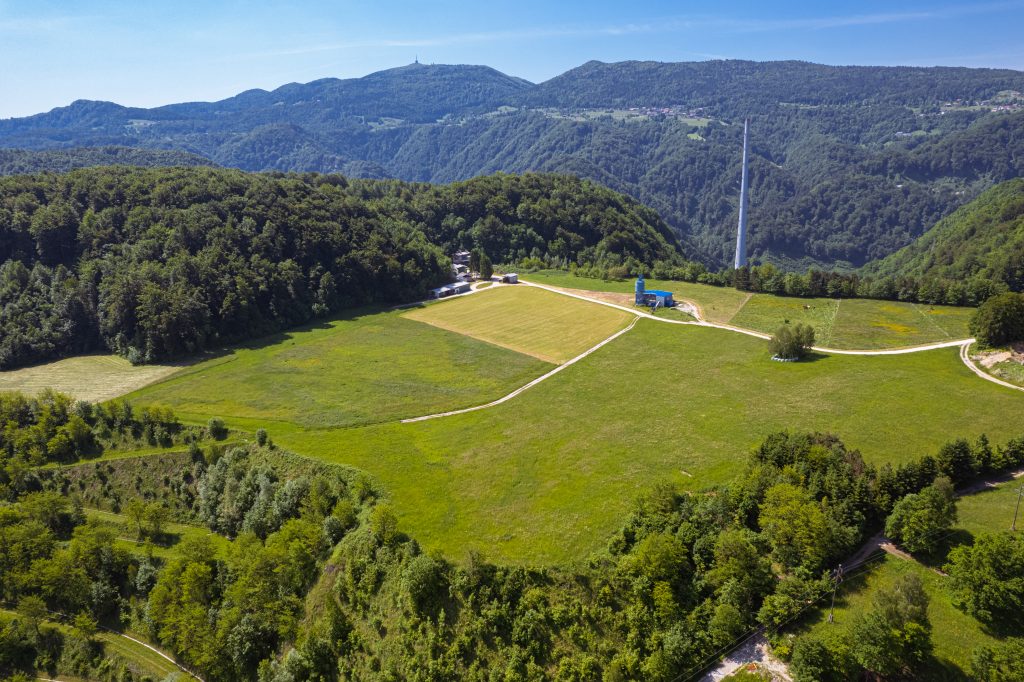 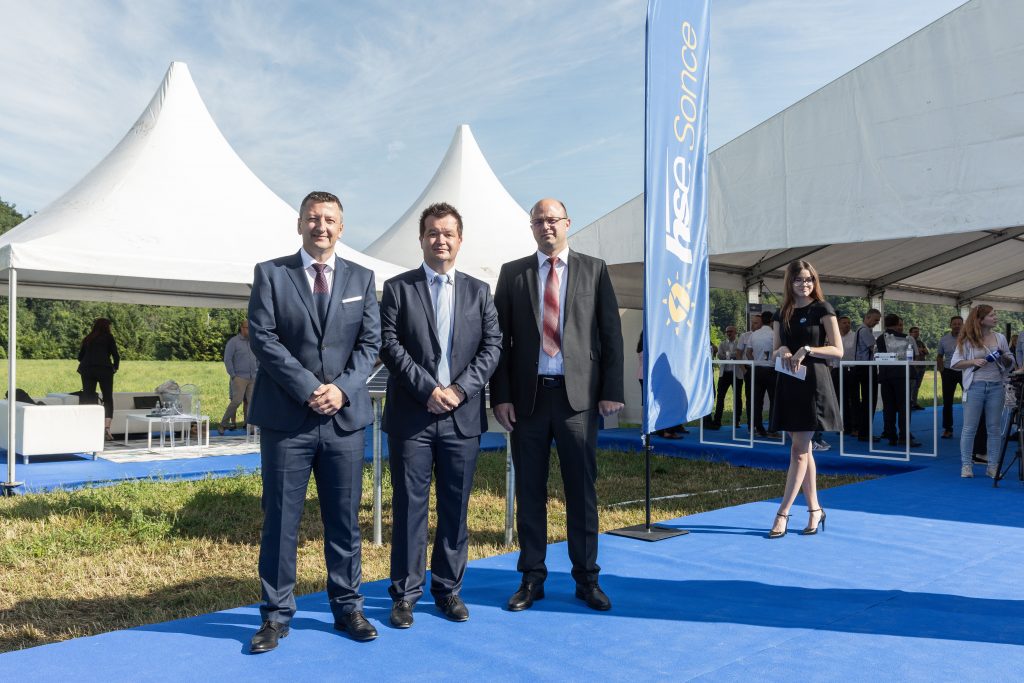 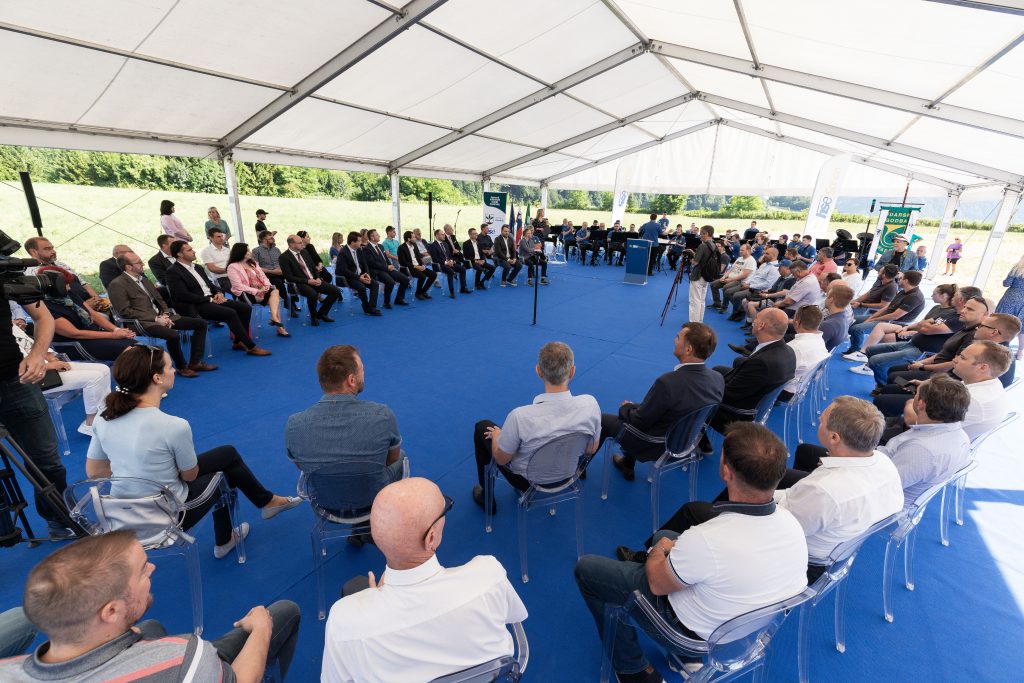 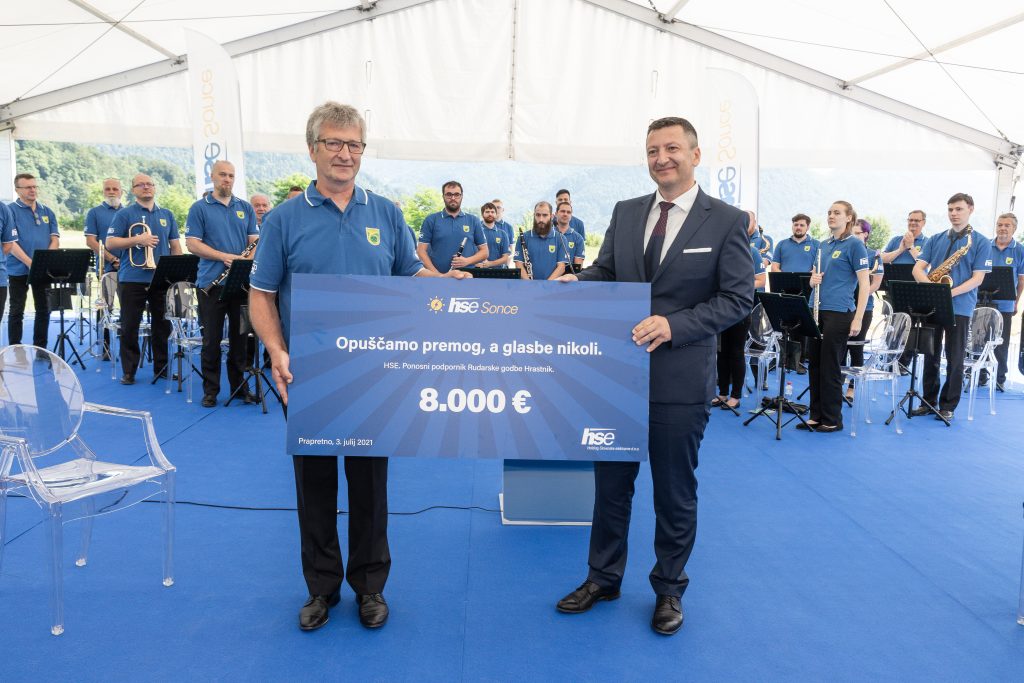 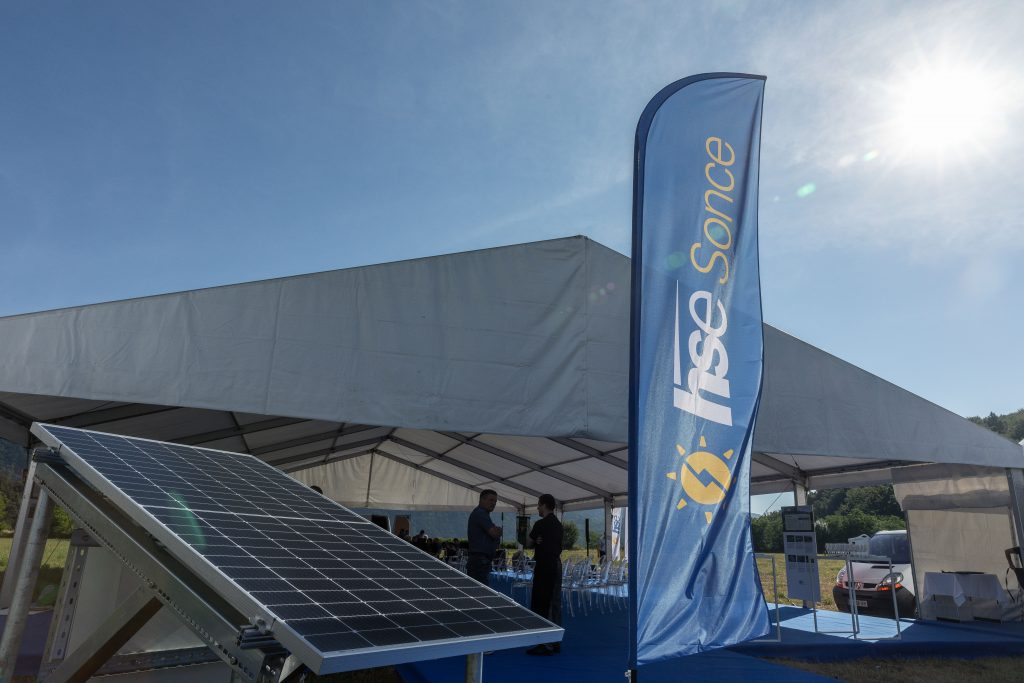 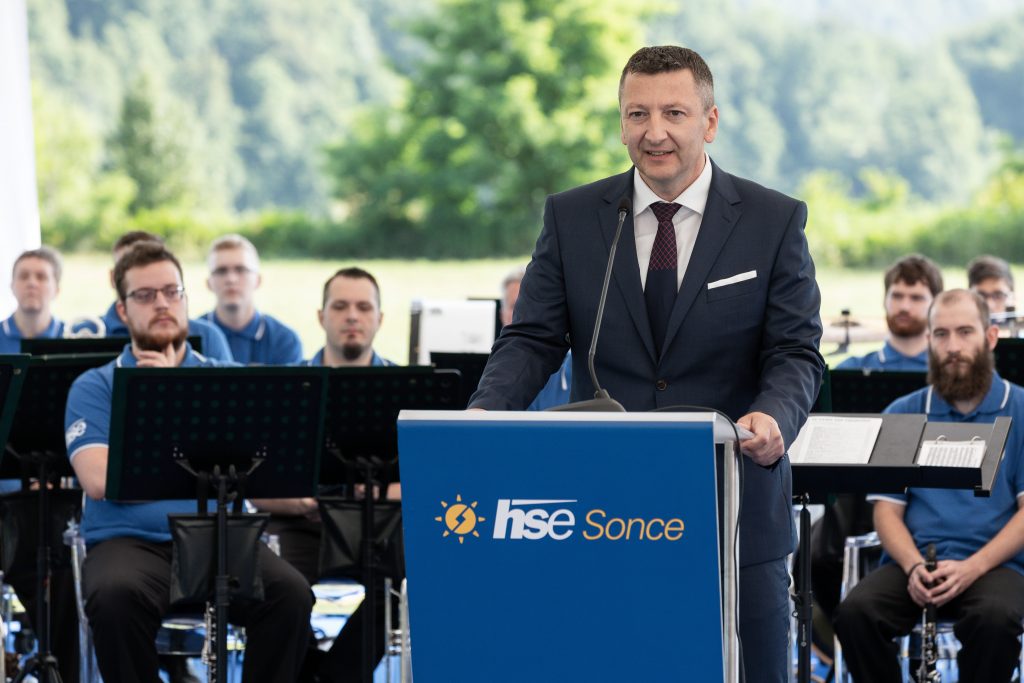