MINISTER OF INFRASTRUCTURE VISITS VELENJE MINE

As part of a working visit and inspection of road infrastructure in the Savinja-Šalek region on Friday, 13 October, Minister of Infrastructure Peter Gašperšič also visited mine operator Premogovnik Velenje with a delegation, where director general of Premogovnik Velenje Ludvik Golob acquainted him with the company’s financial and business restructuring plan. The minister, who was also received with his delegation by Matjaž Marovt, the director general of Holding Slovenske Elektrarne (HSE), praised the efforts of the mine operator in focusing on its principal activity of coal production, sale of unnecessary assets and development of activities in the direction of a low-carbon economy.

The minister was also presented with issues in the field of mining legislation.

“It has been 30 years since the rehabilitation of the consequences of mining operations started in our area. How the Šalek Valley looks today shows that we have been successful, but these activities need to be continued,” said director general of Premogovnik Velenje Ludvik Golob, adding that he was proud that the management had managed to streamline the company’s operations while keeping the employees’ security at the highest level. He also pointed to the mine operator’s success in research and development. 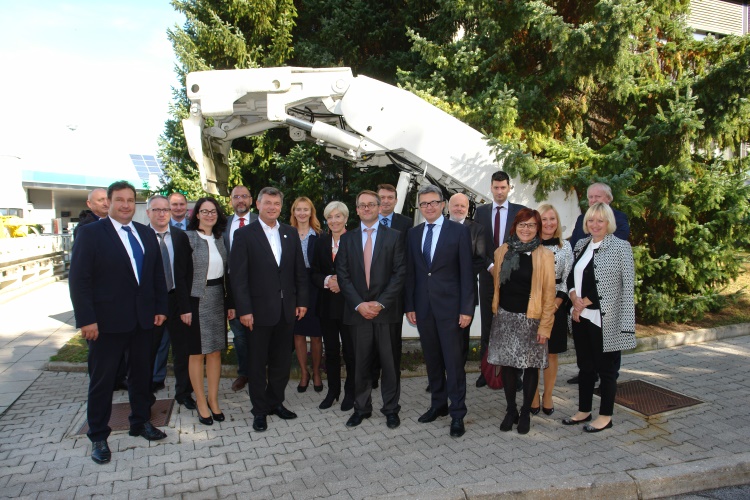