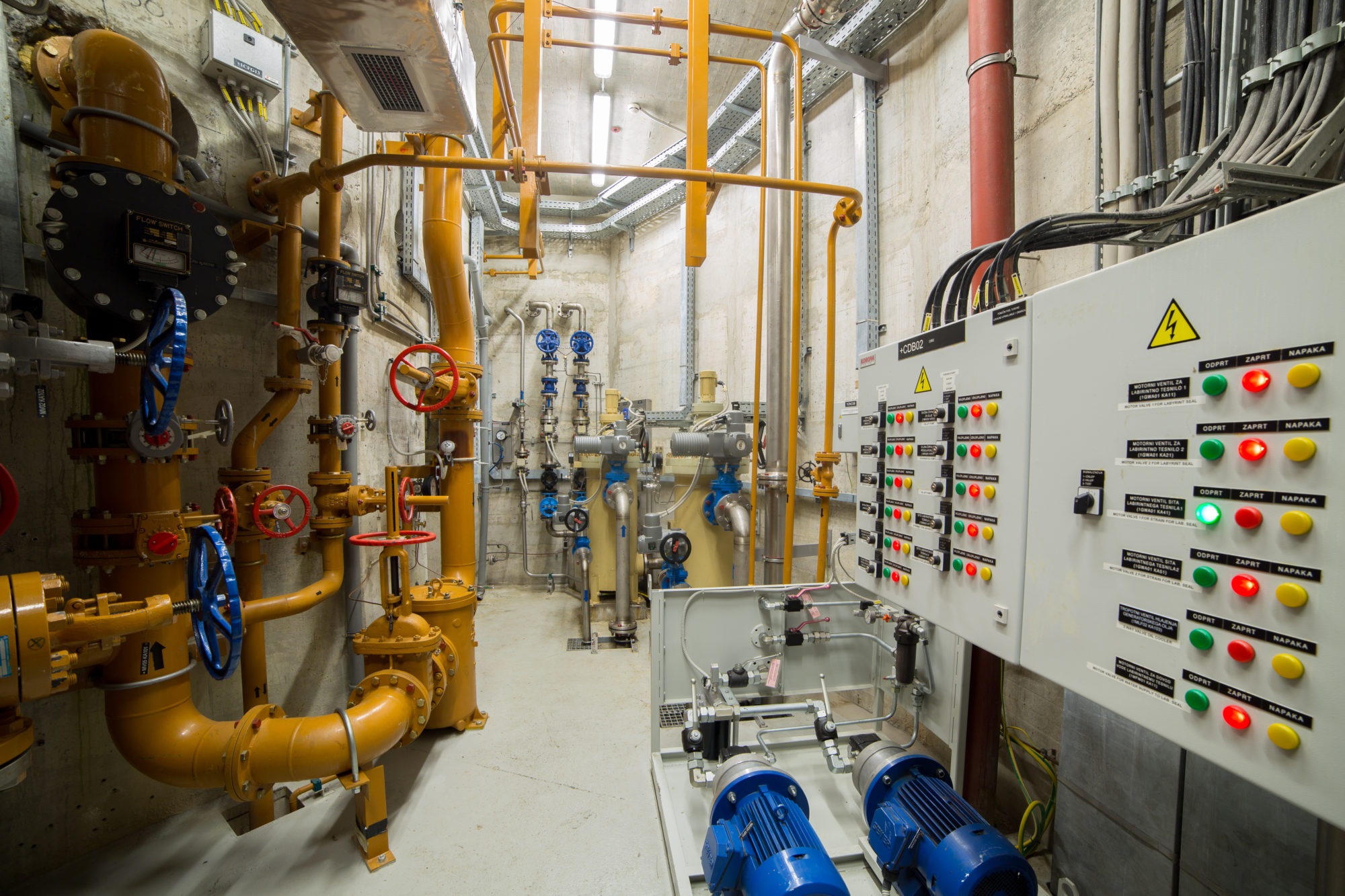 The HSE Group has concluded investments in coal technologies, namely in generator 6 of the TEŠ, which complies with the international standards of best available technologies with planned operation until 2054, and generator 5 of the TEŠ, which, after ecological rehabilitation and revitalisation, is expected to operate until 2030 as a reserve generator for generator 6 during maintenance or overhaul or during favourable market conditions.

At the moment, a major part of investments are those in reliability of production and in reconstruction. In the next three-year period, we are preparing an overhaul of generator 5 (2022) and generator 6 (2021) of the TEŠ, renovation of secondary systems of three hydro power plants on the Drava River (2020–2022) and reconstruction of the Formin Hydro Power Plant (2024–2025). Renovation of the Avče Pumped Storage Plant started in 2018 and will take until at least the first half of 2019.

The HSE Group is constantly looking for new, additional projects and investments in order to ensure safe, reliable, competitive and environmentally friendly long-term supply of electricity in Slovenia. We are putting an emphasis on building production facilities which pursue to the greatest possible extent the objectives of the climate and energy package, while at the same time maximising the economic and minimising the environmental impact.

HSE is the concessionaire for the energy exploitation of the Sava River in the area between Medvode and Zidani Most. In 2018 talks were relaunched with the authorities to harmonise a concession contract. The construction of all ten planned hydro power plants on the middle Sava River would increase the installed power of hydro power plants on the Sava by 300 MW, and 1 TWh of electricity from renewable sources would be gained, which is currently almost 10% of total electricity produced in Slovenia.

The operational capability of sluice gates is of key importance for the safety of hydro power plants and flood safety, which is why we have been making continuous investments into renovation of sluices and renovation and overhaul of sluice gates and their drives.

OSMOSE is an international research project funded by the European Union as part of the Horizon 2020 programme. The participants in the project are looking for and testing new solutions for a successful transition to a higher share of production of electricity from non-dispatchable renewable energy sources. The four-year project involves 33 partners from nine European countries and various industries (system operator, research institutions and market stakeholders). The project has been estimated at EUR 28.3 million, with the share from the EU amounting to EUR 21.9 million.

The common thread in the search for solutions is recognising and developing opportunities within the existing power system which would enable cost-effective support from conventional power plants and energy storage facilities to non-dispatchable renewable energy sources. This is why the project is called OSMOSE, an acronym for Optimal System-Mix Of flexibility Solutions for European Electricity.

Four demonstrations, supported with prior research and simulations, will be carried out as part of the project. HSE participates in one of the demonstration groups which is looking for flexibility in the form of cooperation between two neighbouring systems and conventional production units. It is about looking for opportunities for trading close to real time by means of so-called FlexEnergy offers, whose implementation would be supervised by system operators.

As an owner and operator of sources of production of electricity, including around half of it from renewable sources, HSE sees in the project a great potential in Slovenia in the sense of, by using innovative approaches, contributing to maintaining the security, stability and reliability of the national system we are used to while including the largest possible share of non-dispatchable renewable energy sources.

This project has received funding from the European Union’s Horizon 2020 research and innovation programme under grant agreement n° 773406.

In the light of the EU commitments taken by the Republic of Slovenia regarding the reduction of greenhouse gas emissions along with the implementation of measures for efficient use of energy and increase of the share of renewable sources, the HSE Group dedicates a lot of attention to the development of environmental projects which we implement in accordance with the existing legislation, and which reduce the environmental impact of the existing energy facilities:

To achieve its energy goals EU needs to establish a geographically large market by initially improving its cross-border electricity interconnections. A geographically large market, based on imports and exports of electricity, could increase the level of competition, boost the EU’s security of electricity supply and integrate more renewables into energy markets. Electricity should, as far as possible, flow between Member States as easily as it currently flows within Member States, so as to increase sustainability potential and real competition as well as to drive economic efficiency of the energy system. To this end, FARCROSS aims to address this challenge by connecting major stakeholders of the energy value chain and demonstrating integrated hardware and software solutions that will facilitate the “unlocking” of the resources for the cross-border electricity flows and regional cooperation. The project will promote state-of-the-art technologies to enhance the exploitation/capacity/efficiency of transmission grid assets, either on the generation or the transmission level. The hardware and software solutions will increase grid observability to facilitate system operations at a regional level, exploit the full potential of transmission corridors for increased electricity flows that will facilitate transition to flow-based regional market coupling, consider cross-border connections and their specific ICT and grid infrastructure, planning to use a wide-area protection approach to ensure the safe integration of renewable energy sources into the grid, mitigate disturbances, increase power system stability. An innovative regional forecasting platform will be demonstrated for improved prognosis of renewable generation and demand response and a capacity reserves optimization tool will be tested to maximize cross-border flows. The non-harmonization of national regulation will be studied and measures will be recommended to avoid distortion of the technology benefits.

The HSE role in the FARCROSS Project

HSE and UNI (UNI-Uniper Hungary Energetikai Kft) are an international energy producer with direct connection to the Slovenian and Hungarian markets.

Both generation companies have the same role with their respecitve markets:

The Šoštanj Thermal Power Plant (TEŠ) has ensured all conditions for safe, energy-efficient adding of solid recovered fuel (SRF) to the main energy source – lignite, without additional environmental impact. SRF is a solid alternative fuel prepared from non-hazardous waste under precisely determined rules. It is used for incineration or co-incineration; the latter is planned in generators 5 and 6 of the TEŠ.